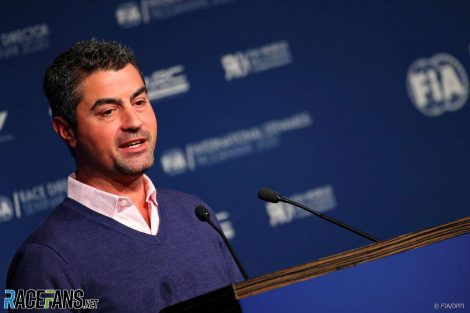 The FIA’s announcement yesterday of a restructuring of its Formula 1 operation is intended to draw a line under a process which began in response to the controversial conclusion to the 2021 world championship.

It will inevitably focus attention on whether the sport’s governing body can reduce the confusion, inconsistencies and errors which created too many problems during races last year.

The FIA embarked on an “analysis and clarification exercise” three days after the 2021 season ended in bitter recriminations at Yas Marina. The outcome appeared three months later as a 3,300-word report which laid out the reasoning for a raft of changes to how the sport’s governing body runs the races which constitute its most prestigious championship.

Race director Michael Masi was removed from his position for failing to enforce the series’ rules correctly in the final lap restart which decided the destiny of the 2021 drivers’ title. But the report also recommended reducing the responsibilities involved in the position Masi held.

“The role of the race director is by nature demanding and high-pressured,” it noted. “A recurrent theme in the detailed analysis and clarification exercise was a concern that the number of roles and responsibilities of the race director that have accumulated over the years might be adding additional pressure to the role.”

“Suggestions made by the F1 Commission, and those interviewed included that some of the race director’s responsibilities should be divided and assigned to other persons to reduce the workload of the race director and allow them to focus on their key functions, including managing and controlling the race,” it added.

This led to several changes which were introduced in time for last season, such as the expansion of the race management team and the creation of a Remote Operations Centre to provide extra support to it. However other key recommendations from the report could not be completed before the end of the 2022 championship.

Yesterday the FIA declared “the reorganisation of the Formula 1 departments is now complete and will be in place ahead of the 2023 season”. A key development is that the role of FIA F1 sporting director, which was announced last March, has been filled. Significantly, the position has been taken by Steve Nielsen, who has four decades of experience in the series and was most recently the…