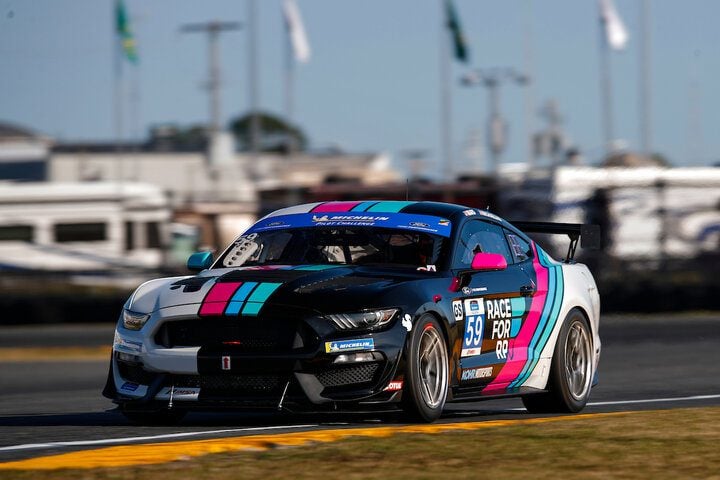 During the morning session, the cool weather allowed teams to get a jump start on their qualifying setups. The quick times jumped around in the opening minutes as drivers got their feet wet.

10 minutes into the session, Mars turned in the quickest lap of the day to pass NV Autosport’s Stephen Vajda to top the chart.

NOLAsport’s Adam Adelson was sixth in his Porsche, then Conrad Grunewald in the Archangel Motorsports Aston Martin. Chad McCumbee, now driving his own Mustang as opposed to an entry for PF Racing, was eighth fastest. Accelerating Performance’s Michael Cooper and Vajda rounded out the top 10.

In TCR, VGRT’s Victor Gonzalez Jr. was fastest in class with a lap at 107.833 mph in his Honda Civic Type-R TCR, good for 31st overall. This came despite Gonzalez stopping on course early in the session and bringing out a red flag.

Defending NASCAR Craftsman Truck Series champion Zane Smith has no previous experience racing any kind of sports car. The extent of his road racing experience comes from the Truck Series, where he has five career starts with a best finish of second last year at Sonoma Raceway.

Despite the lack of experience, two of those five road course starts came on Daytona International Speedway’s road course, where he has a best finish of 13th. That experience paid dividends as Smith was fastest overall in the second session with a lap at 113.257 mph.