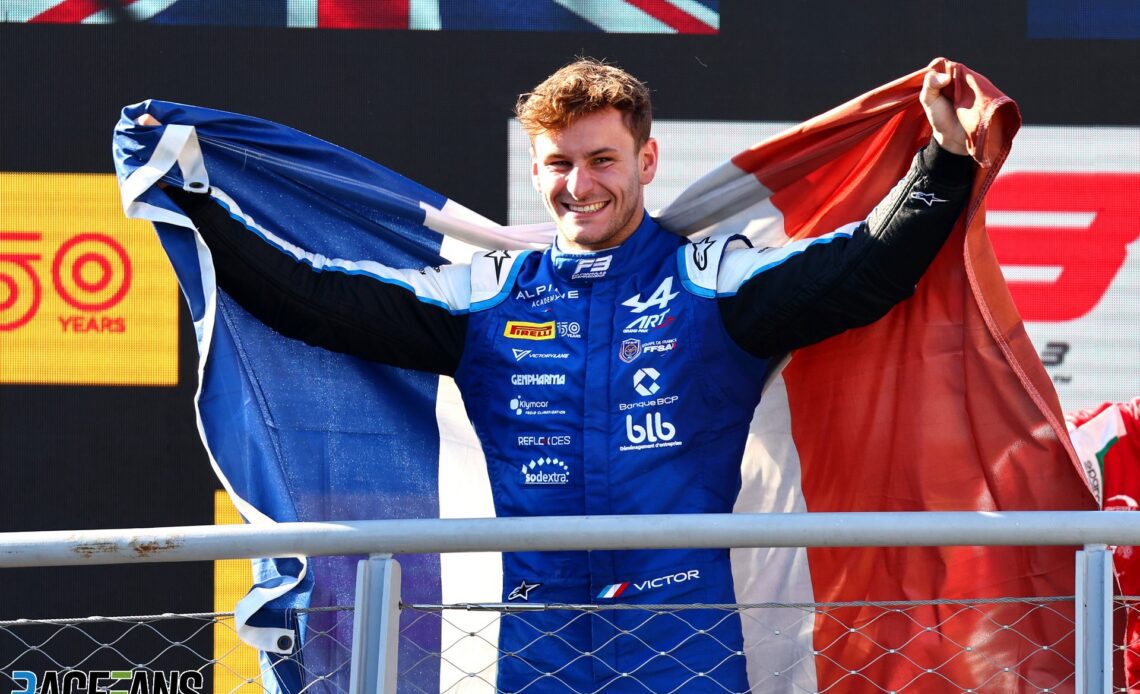 FIA Formula 3 champion Victor Martins will join Theo Pourchaire at ART for his first season in Formula 2, the team has confirmed.

Martins claimed the F3 title with the team last year in dramatic circumstances at the final round in Monza, beating Zane Maloney to the crown by just five points.

After two seasons in the FIA F3 series, Martins will remain with the team and join Pourchaire for his first season in the second-tier single-seater championship. The 21-year-old completed three days of testing in an F2 car with ART at the post-season test in Abu Dhabi last year, covering almost 1,200km over the test in preparation for his step up to the series.

Martins says he will be aiming to fight for the championship in his first season in F2.

“After a successful year with ART Grand Prix, I was not considering taking the next step with any other team,” he said.

“I can’t wait to discover the Formula 2 championship, which is tough and competitive, with such a professional and experienced team. The tests made it possible to remove what little doubts I might have had about my adaptation because I felt comfortable and confident. My objective will therefore be to do everything possible to win the title in my first year.”

ART team manager Sebastien Philippe believes Martins has the ability to adapt to the new series quickly and be competitive from the early phase of the championship.

“Victor made enormous progress in 2022 and has proven that in both difficult personal and sporting conditions, he has the mental strength and the talent to achieve great things at the highest level of motorsport,” said Philippe.

“The Abu Dhabi tests confirmed his ability to adapt quickly and well to his new single-seater. His determination, his enthusiasm and his conquering spirit will be weapons in a championship where competition is fierce.”

Martins’ confirmation leaves just one final seat to be filled for this year’s Formula 2 championship – that of the second MP Motorsport driver alongside Red Bull junior Dennis Hauger. Former Red Bull junior driver Jehan Daruvala tested for the team at Yas Marina at the end of last season.