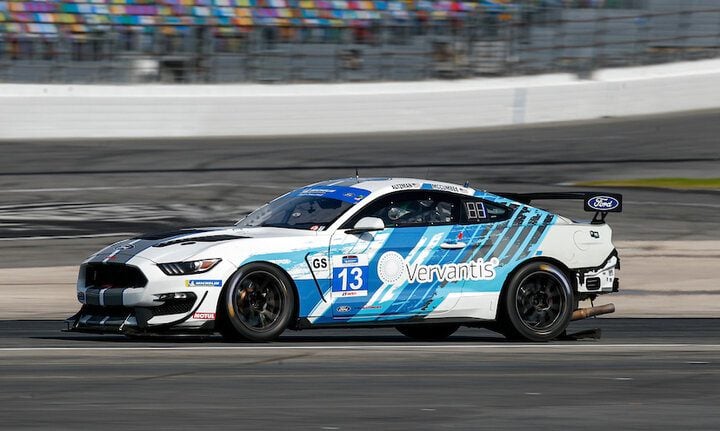 Saturday morning saw KohR Motorsports’ Luca Mars replicate the strong pace from Friday morning. He was fastest overall in the session with a lap at 113.243 mph in his Ford Mustang GT4.

Three teams did not go on track during the session. Rennsport One’s Porsche for defending BMW M Endurance Challenge winners Eric Filguerias and Stevan McAleer were one of them.

VGRT’s Honda for Victor Gonzalez Jr. and Karl Wittmer, who were fastest in TCR in both sessions on Friday, did not practice, along with LA Honda World Racing’s No. 37 for Ryan Eversley and Mat Pombo. In Eversley and Pombo’s case, a pesky oil leak kept the car off the track for the majority of the three sessions to this point of the weekend.

Saturday afternoon saw rain showers move into Daytona. With next to no precipitation in the forecast for next weekend at the moment, 20 of the 43 teams in Daytona chose to skip the session.

There was some trouble in the session as well. The red flag was displayed with 20 minutes to go when Ave Motorsports’ Alfredo Najri crashed his Toyota GR Supra GT4 EVO.

The wet weather slowed the pace by more than 10 seconds. Andrews ended up fastest with a lap at 104.301 mph to top the session.