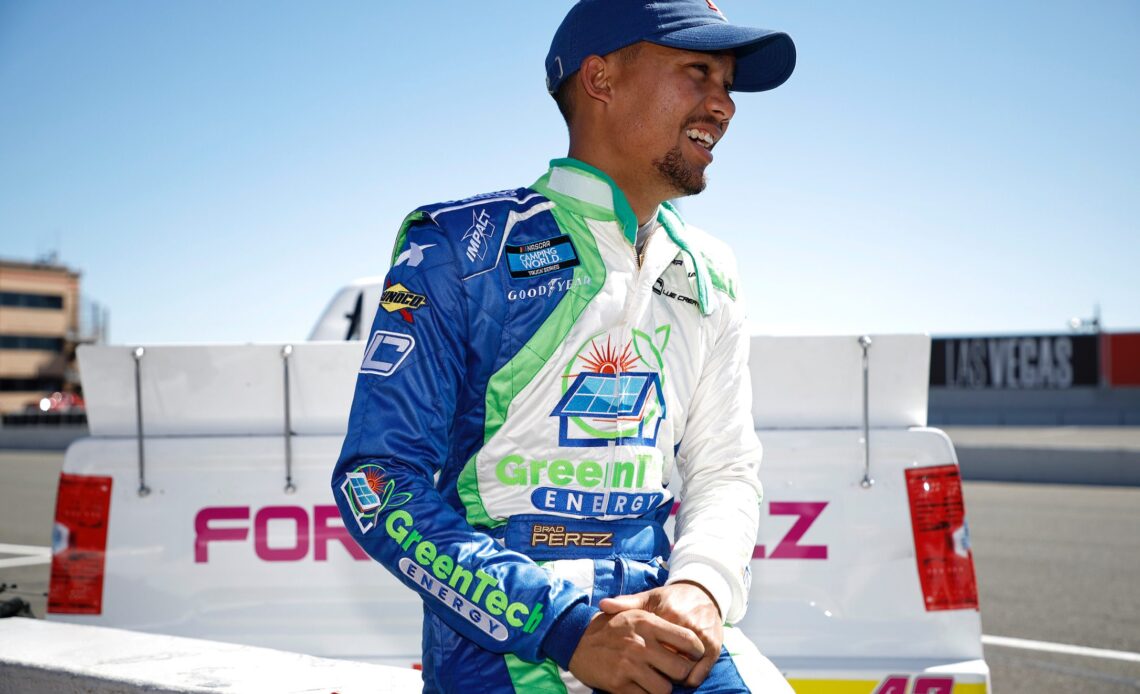 Brad Perez is back in the NASCAR Xfinity Series in 2023, running Circuit of the Americas for Emerling-Gase Motorsports, he announced Jan. 23.

Perez’s car number for the race was not announced. EGR previously revealed its plans to field the Nos. 35 and 53 full time in 2023.

Other races for Perez are possible for 2023 but have not yet been finalized.

In 2022, Perez made his series debut for the team, finishing 20th at Watkins Glen International. He followed it with a 23rd-place run at the Charlotte Motor Speedway ROVAL.