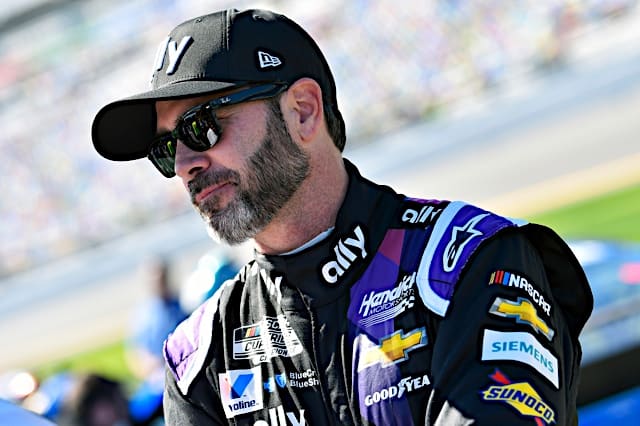 Likewise, we at Frontstretch decided to put together our own list of the 75 greatest NASCAR drivers in honor of this year’s milestone. Seventeen of our writers weighed in to pick the 75 drivers, and we’ll be releasing four-seven drivers from that list every weekday for the next three weeks.

Let’s begin the list of the 75 greatest with the GOATs (greatest of all time) of NASCAR.

Dale Earnhardt’s father Ralph was a legendary competitor on southern dirt tracks throughout the 1950s and 1960s. Like his father, Dale cut his teeth on dirt but soon turned to the powerful and rapidly expanding NASCAR circuit.

Driving for Rod Osterlund, the Kannapolis, N.C., competitorer scored his first NASCAR Cup Series win at Bristol Motor Speedway during his 1979 Rookie of the Year campaign. He followed it up by claiming his first championship in 1980.

Earnhardt enjoyed most of his success with car owner Richard Childress. The duo won six more titles between 1986 and 1994.

In 1988, GM Goodwrench replaced Wrangler Jeans as primary sponsor of Earnhardt’s Chevrolet, creating his iconic black No. 3 Chevrolet. During this time, he earned the nicknames of The Intimidator, The Man in Black and Ironhead for his rough-and-tumble, take-no-prisoners style of driving.

Earnhardt was killed on the final lap of the 2001 Daytona 500 as he was setting out on an attempt to claim a record-setting eighth Cup championship. His son Dale Earnhardt Jr. carried his father’s namesake and legacy, winning 26 times between 2000 and 2015.

Earnhardt was inducted into the NASCAR Hall of Fame as part of its inaugural class in 2010. -Zach Gillispie

In what is talked about as one of the greatest races in the NASCAR history, perhaps a footnote in that event was a debut. A fresh-faced, mustached kid wearing a mullet from…