People shouldn’t have billions in the bank while others starve 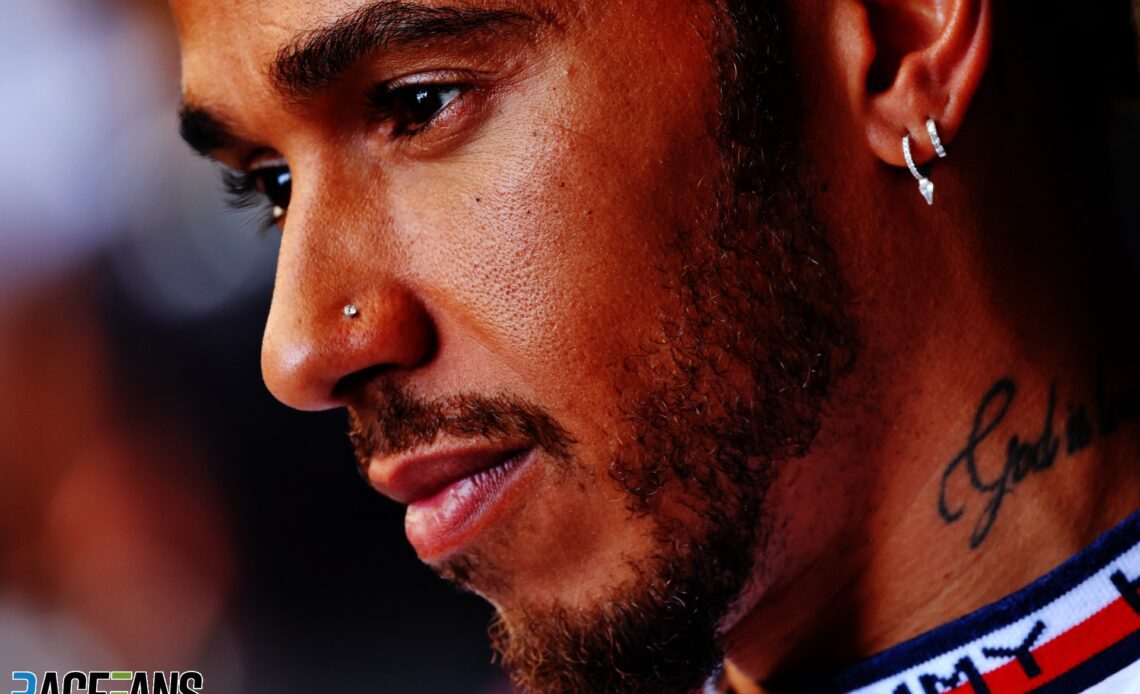 The seven-times world champion, whose personal fortune is estimated at £300 million, described how he had witnessed “heart-breaking” child poverty around the world.

Asked in a podcast for his view on laws he’d like to change, Hamilton said: “One of the things I struggle with every day is, and it’s just how life is and it’s been the way for thousands of years, is there is such a disparity between the wealthy and the poor. When you drive around L.A., there’s still so many people living on the streets.”

“You shouldn’t be able to have billions,” he told interviewer Jay Shetty. “There should be a limit to how much you can have. Because there’s enough to go around to everyone. So somehow creating a law that creates more equality and equal access for everyone. I don’t know how you would implement that law.”

The Mercedes driver said his encounters with poverty around the world had an impact on him. “I’ve met kids that are starving,” he said. “And you think how we are so, so lucky, so many of us. And knowing that and taking advantage of your every day is so, so important.”

Hamilton’s wealth puts him among the top motor racing earners. However he is well short of the estimated £2.49 billion fortune of former F1 owner Bernie Ecclestone, one of 177 billionaires resident in the UK. The seven-times world champion admitted he finds it challenging to decide which initiatives deserve most attention.

“There are so many causes,” he said. “There’s so many problems out there and so many amazing causes. And there’s only one of you, so where do you put the focus?

“It took a long, long time to really find what that was for me. I think for me, education was something that I felt extremely passionate about because I’d been out to India, I’d been out into some of the really poorest places like Manilla and seeing young kids who are like us but begging for food and not having the same opportunities. And for me, that was that broke my heart and [I] realised how privileged we are and how fortunate we are.

“I want to be working with people out there that are trying to create more. There’s over a hundred million kids that don’t have access to education, so how can I get involved in that? So align yourself with people that do.”