Sage Karam Dominates, Round of 8 Locked In for MNR Playoffs 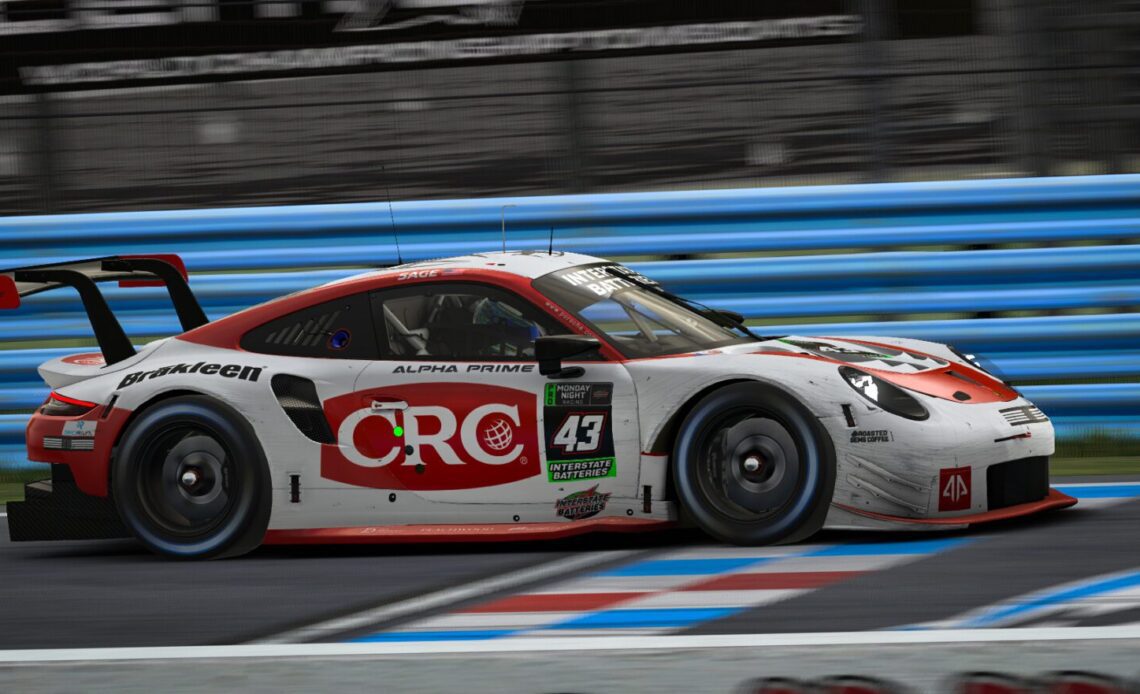 Chase Cabre was second and DJ Cummings pulled off an impressive strategy call in the race’s final minutes to move from well outside the top fifteen to the podium. With the playoff cutoff looming, the Porsche 911 RSR from Watkins Glen was a more chaotic combination than last weekend’s ARCA race from Daytona.

“I really like driving around that track,” Karam said. “I’ve had some success there in real life and in the sim as well. It’s definitely one I was looking forward to coming to and running with these guys. I was able to put together a good qualifying and the race went almost the way I expected it to.

“I had some damage from a lap car pretty early on in the race, so I took some optional repairs on that first stop and that’s why I kind of got shuffled back. From there I just tried to get through as cleanly as I could and put my head down there at the end and put in some good laps,” Karam explained.

James Bickford finished fourth and the only driver able to mount much of a challenge to Karam, Corey Heim, rounded out the top five. Heim had gained the lead at the start of the race, but Karam reeled him back in as the race settled in. Once Karam was close, Heim yielded the lead to Karam on the front stretch.

Pending the certification of the results, the eight drivers in the next round of the playoffs will be the aforementioned Cabre, last week’s winner Presley Sorah, Adam Cabot, Corey Heim, Leighton Sibille, Joey Padgett, Ryan Vargas, and Matt Stallknecht.

Knocked out of the playoffs are Garrett Smithley, David Schildhouse, Nick Olsen, and Collin Fern.

Playoff drivers had only completed two turns of the race before one of them found trouble. Vargas was the first victim as he was collected in a lap one wreck in the esses. The crash left him with rear-end damage.

Hamstrung by a damaged rear wing, Vargas spent most of the race marred in the middle of the pack. With less than thirty minutes to run Brandon Brown chopped off the nose of Alex Labbe exiting the boot section, knocking them off the wall and directly into the path of Vargas causing a track blockage that necessitated a…