Who are they all up against? The Formula 1 drivers of 2023 in stats · RaceFans 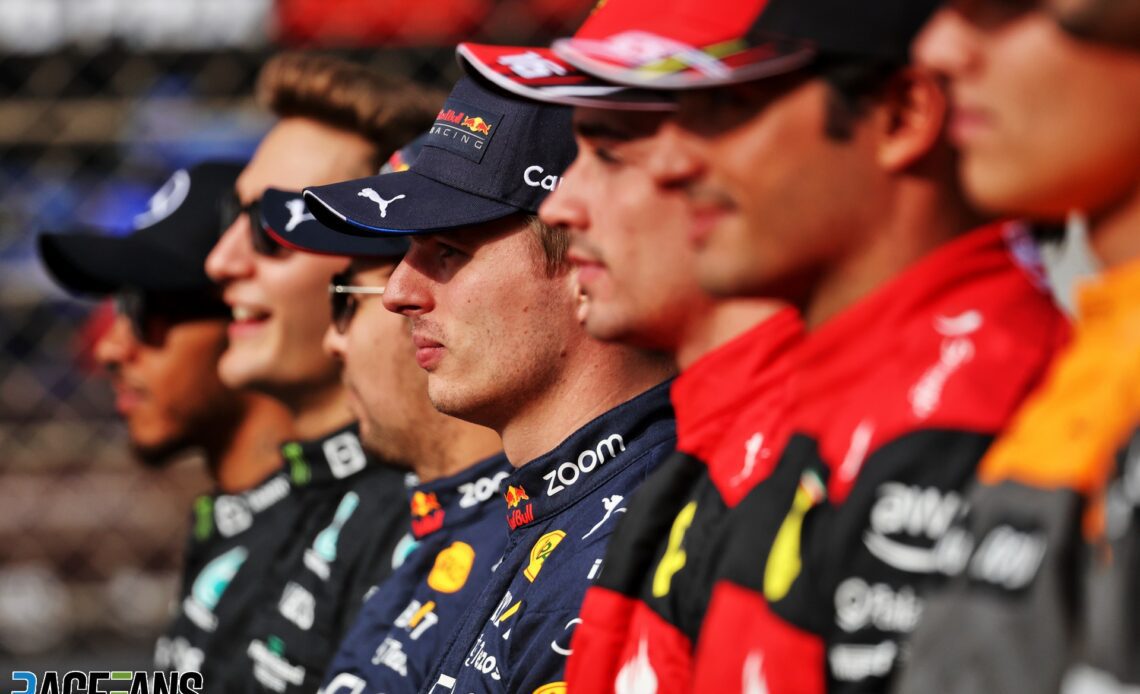 How has the replacement of three drivers changed the complexion of the Formula 1 field this year?

The F1 drivers of 2023 span 15 countries and have over 50 motorsport championship titles between them. Here’s how they break down in numbers.

Two of Formula 1’s most experienced drivers bowed out at the end of last season – Sebastian Vettel was one race shy of his 300th start and Daniel Ricciardo was another member of the double century club. With three newcomers making their debuts as full-time drivers, the class of 2023 is slightly less experienced on the whole than last year’s field.

Unsurprisingly, it’s a slightly younger field as well, though not by much: The average age of the drivers at the season-opener will be 28.2 years, down just 0.2 from 12 months earlier.

This is partly because one of those three newcomers, Nyck de Vries, is already older than more than half the field, including the reigning two-times world champion. De Vries was passed over for promotion after winning the Formula 2 title four years ago, and Andretti IndyCar driver Colton Herta was AlphaTauri’s original choice for his seat, but he didn’t have enough superlicence points to move into F1.

Vettel is the third most-successful F1 driver of all time in terms of wins, and the departure of fellow multiple grand prix winner Ricciardo means the total number of races won by the current grid is well down on this time last year, dropping from 232 to 193.

However, factor in that George Russell and Carlos Sainz Jnr were yet to score their first victories before the start of last season, and the total number of race-winning drivers on the grid is unchanged. Half of the 20 drivers have already taken grand prix victories, though that pair plus Alpine’s new duo are all one-time winners.

Herta may not have got his break, but the United states of America still has its first full-time F1 driver in 16 years in the shape of Logan Sargeant. The USA is one of 15 different countries represented on the grid this year, only four of which have more than one driver. These are the UK (three), France, Spain and the Netherlands (two each).

Only two drivers in the 20-strong field haven’t won a championship above karting level and they both drive for the same team: Alexander Albon and his new…