‘FIA’s attempt to silence Hamilton and others is seriously disturbing’ 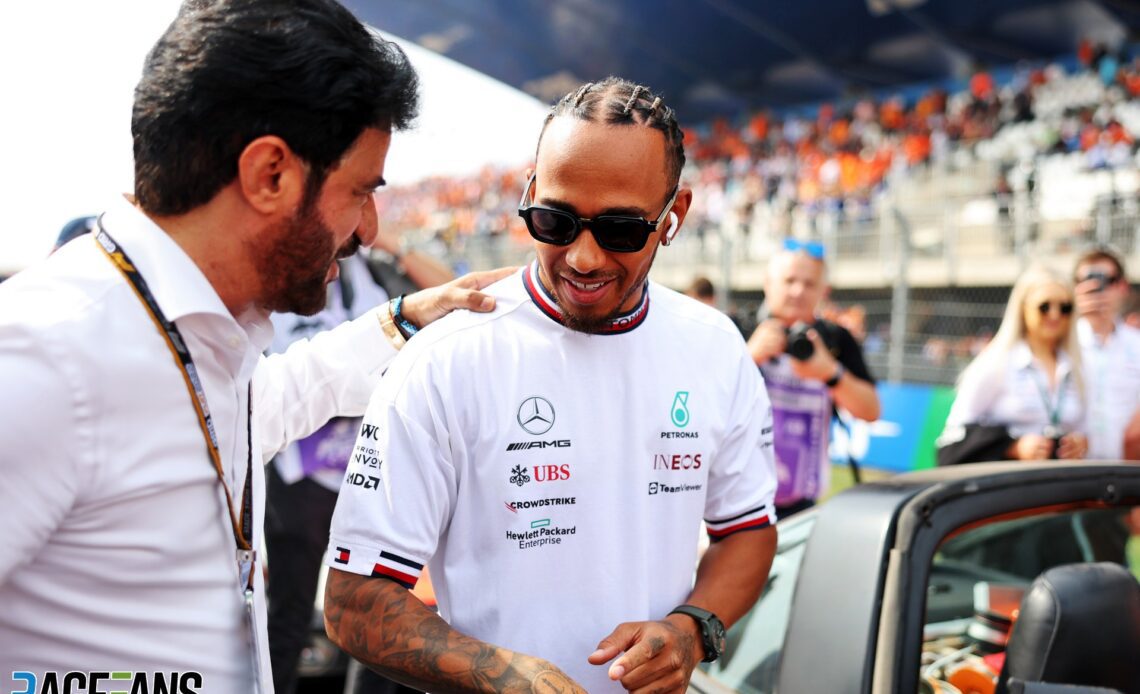 Revisions to the International Sporting Code which came into effect at the beginning of the year forbid “the general making and display of political, religious and personal statements or comments” by drivers “in violation of the general principle of neutrality promoted by the FIA under its Statutes, unless previously approved in writing”.

The revision has caused concern among human rights groups, and The Bahrain Institute for Rights and Democracy wrote to Ben Sulayem today and criticised the change.

“We believe this will suppress the freedom of speech of Formula One (F1) drivers and teams and prevent them from making their voice heard on key issues including human rights and racism,” wrote BIRD’s director Sayed Ahmed Alwadaei in the letter, seen by RaceFans.

“This move appears to be a reaction to drivers, in particular Lewis Hamilton, raising their concerns about the locations chosen for F1 races, including the human rights records of host countries and making powerful interventions where your own organisation has been silent,” added the letter, which was copied to F1 CEO Stefano Domenicali, plus representatives of F1 teams and drivers including Hamilton and Mercedes team principal Toto Wolff.

Alwadaei said his organisation has not had “meaningful” interaction with the FIA since Ben Sulayem took over from his predecessor Jean Todt at the end of 2021.

“On 19th March 2021, when the Federation Internationale d’Automobile (FIA) was under Jean Todt’s leadership, BIRD held a meeting with Onika Millar, a senior FIA representative, in the presence of a former UN high commissioner Prince Zeid bin Ra’ad,” Alwadaei wrote. “During this meeting, which was our last meaningful engagement with the FIA, a potential FIA policy and commitments on human rights were discussed and we were given the encouraging assurance that your predecessor was keen for the FIA to adopt a human rights policy.

“Unfortunately, Jean Todt’s presidency ended without a human rights policy in place and it is not clear whether this is still something the FIA is working towards under your leadership or not.” Alwadaei said a letter sent to Ben Sulayem on behalf of 90 European legislators in March last year had not received a response despite follow-up enquiries made…