“Gucci” Nova Shines In First Season On “No Prep Kings” 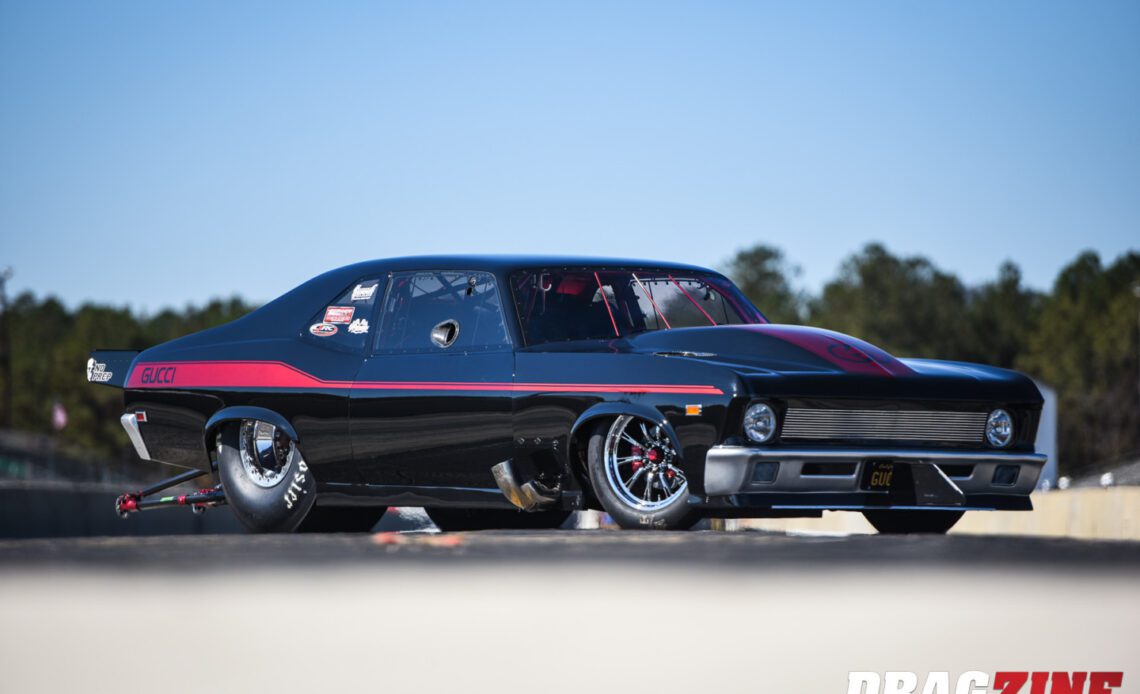 For a guy who’s worked behind the scenes to make television and cinema a reality over his career, the opportunity to stand in front of the camera for a change is quite a role reversal for Giuseppe Gentile.

When he’s not behind the wheel on Discovery’s “Street Outlaws No Prep Kings” drag racing reality program, the California native and veteran street-turned-track-racer works for Disney Studios, where he’s been integral in constructing film sets for television shows like the 1990’s hit Home Improvement and Blackish, and big-screen smashes Pirates of the Caribbean and Armageddon, among others.

Gentile joined the “No Prep Kings” circuit in 2019, and in early 2022, debuted an all-new S550 Ford Mustang. At the same time, his Team Cali stablemate and good friend, Chris Michael, did the same with his astonishingly-gorgeous “Gucci” Chevrolet Nova. Michael campaigned the car in the season’s early months with well-known street and track racer Jay Boddie at the controls, and following a crash at the Epping, New Hampshire race, teamed up with Gentile and brought the car back out in Tucson, Arizona to make a hard push through the back half of the season.

“Chris and I have been friends for a couple of years, and we talked about me driving the car before Boddie did,” Gentile explains. “He and his people knew about me, all of us being from California, and he had called and asked me some questions when he first started building Gucci, so we had already been talking and all well before we partnered to go racing. I tuned and drove his ‘Midnight Money’ Mustang on another one of the ‘Street Outlaws’ shows, so we knew we worked together really well before we teamed up on No Prep Kings.’ I got fitted for Gucci originally, and then we decided to do our deal with the Mustang. Boddie hopped in Gucci, and then a few races in he decided to go do his own thing with his Camaro, and the timing just worked out, with the budget and finances, for me to jump in with Chris. He wants to win, and so he invests whatever it takes into it. The first year he was just happy to be there, but now he’s got the bug and he wants to win.”

Michaels’ creation, built by Larry Jeffers Race Cars, had been unveiled just months prior to the season opener, to critical acclaim at the Performance Racing Industry show, and had already curated a strong following thanks to its show-stopping looks. After its unfortunate brush with the wall in Epping, the team…