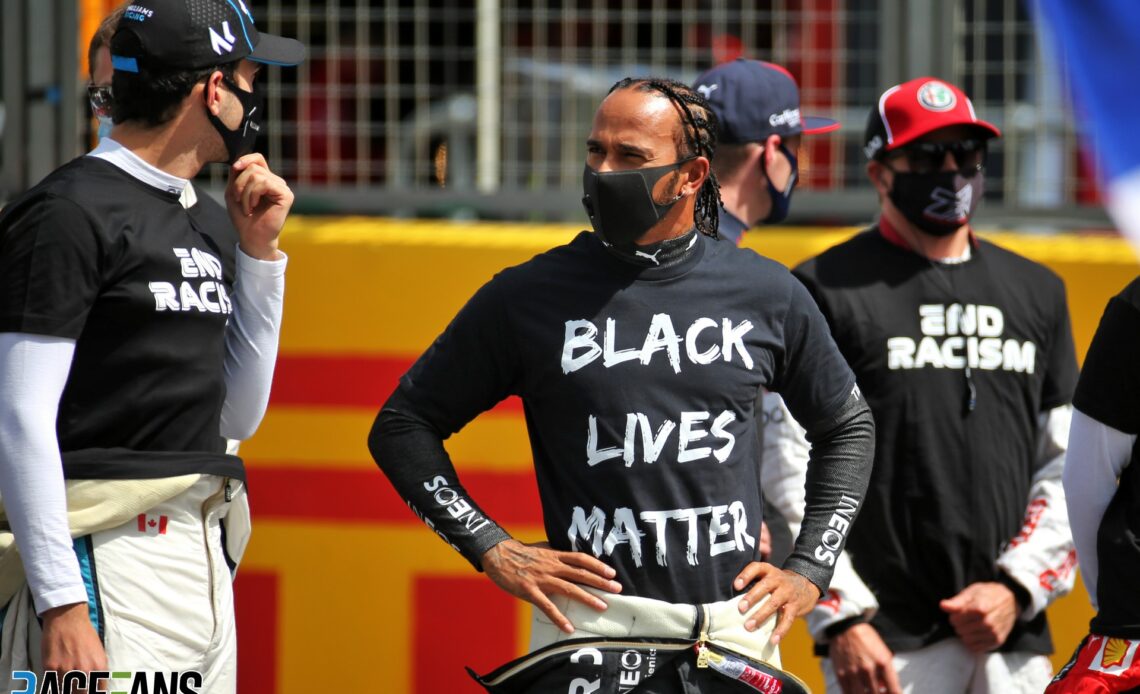 Lewis Hamilton has revealed more about the racism he faced growing up and how it drove him to push for greater diversity in motorsport, in an interview published this week.

In an hour-long discussion with Jay Shetty – an “internet personality, storyteller, podcast host and purpose coach” – Hamilton talked at length about the prejudices he faced growing up as a mixed-race child in Britain in the eighties and nineties.

“School was the most probably the most traumatising and most difficult part of my life,” Hamilton recounted. “I already was being bullied at the age of six. I think at the time, that particular school, I was probably one of three kids of colour, and just bigger, stronger bullying kids were throwing me around a lot of the time.

The abuse included “constant jabs” and racial slurs, said Hamilton. “The things that are thrown at you like bananas, or people that would use the ‘N-word’, just so relaxed. People calling you ‘half-caste’. Just really not knowing where you fit in. That, for me, was difficult.

“When you then go into, like, history class and everything you learn in history, there were no people of colour in the history that they were teaching us. So I was thinking, well, where are the people that look like me?

“I mean, in my school there was only around maybe six or seven black kids out of 1,200 kids and three of us were put outside the headmaster’s office all the time. The headmaster just had it out for us and particularly for me, I would say.”

Hamilton explained why he found it difficult to discuss the racism he experienced with those around him, including father Anthony and stepmother Linda.

“There were a lot of things that I suppressed because I didn’t feel I could go home and talk to my parents that ‘these kids kept calling me the N-word today’, ‘I got bullied and I got beaten up at school today’ or ‘I wasn’t able to defend myself’.

“I didn’t want my dad to think I was not strong. So if I had tears I would hold them back. If I had emotions, it would be in a quiet place.”

He discovered karting at the age of eight. It eventually put him on the path to becoming the most successful F1 driver of at…