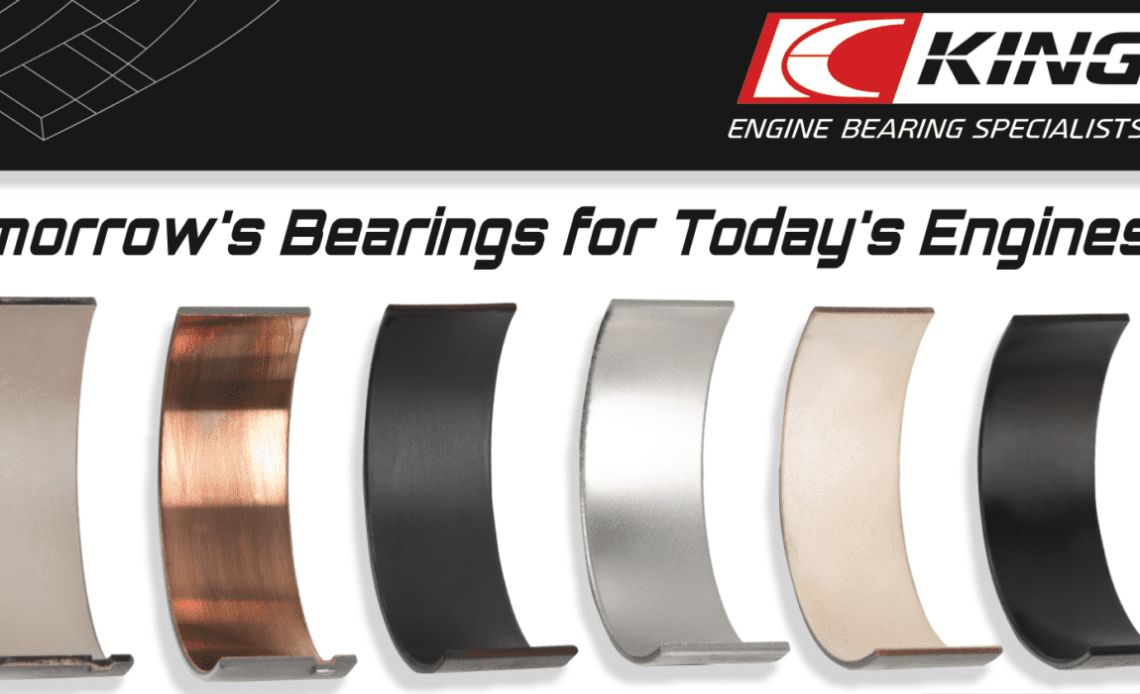 King has remained at the forefront of engine bearing innovation and performance by closely analyzing and testing what the OE manufacturers produce and then making improvements by using different bearing materials and coatings. The engineers at King are also open to making design changes when gains are to be had. During the 2022 PRI show, we spoke with Ron Sledge, Performance And Technical Manager at King Engine Bearings. He explained the changes made to the LS and LT bearings.

King Engine Bearings has developed various bearing materials depending on the load application of your engine. King bearings can also be had with or without locating lugs.

King saw an opportunity to make things very simple. On older LS engines, the main bearings have locating lugs and two oiling holes. Unfortunately, that means there’s a right and wrong way to install these bearings. Although no one would want to admit they’ve done it, the team at King Bearings has seen and heard of enough of these being installed backward that a solution needed to be created.

According to Sledge, that solution comes in the form of bearings that feature a third oiling hole and no locating lugs. These minor changes in the design allow the bearings to be installed in either direction. This makes installing these bearings foolproof while ensuring they receive proper oiling.

In addition, contrary to popular myth, the locating lug on a bearing does not prevent it from spinning in its housing. Sledge explained that proper crush is actually what keeps the bearing from spinning. According to Sledge, crush measures the contact pressure between the two bearing halves once the cap is torqued to spec. If the proper crush is not achieved during the engine assembly, then the bearings can spin regardless of whether or not there is a locating lug.

Here you can see the additional oiling hole in the bearing that allows it to be installed without worry of it being backward. Also, notice the lack of a locating lug.

Once the bearings were tested and given the green light, the next question Sledge and his team wanted to answer was would this same bearing work in the Gen V LT engines. Sledge said it took a while to find a Gen V LT engine…