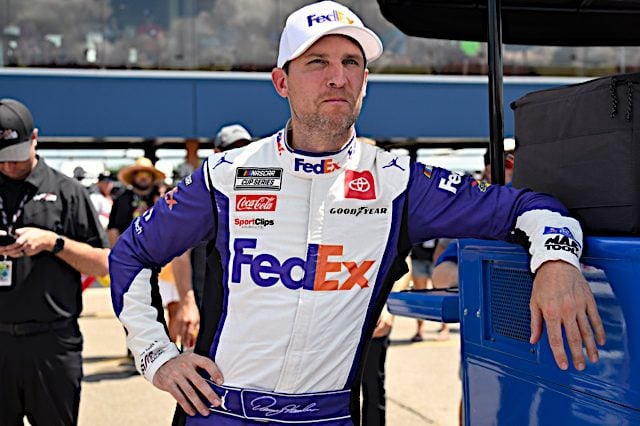 Up next: the stars of Generation X.

Trifectas of many ilks exist in NASCAR, but Greg Biffle might have one of the most unique: he claimed a championship, Most Popular Driver and Rookie of the Year titles in the NASCAR Xfinity and Craftsman Truck series as he rose through the sport’s ranks.

Once he arrived in the NASCAR Cup Series, Biffle drove full time for 13 seasons, scoring 19 wins for Roush Racing at NASCAR’s premier level. In lower series, his stats are undeniable: 20 Xfinity wins, 17 Truck victories and enviable top-10 stats: 149 top 10s in 244 appearances in the former, 55 top 10s in 83 starts in the latter.

Biffle won two Southern 500s, claiming the duo of crown-jewel victories in back-to-back years; the former of those came in a six-win, 21-top-10 2005 effort, which propelled the No. 16 to a second-place finish in the standings.

Additionally, as former fellow Roush driver and action sports legend Travis Pastrana prepares to return to NASCAR, Biffle has made his own ventures in the opposite direction: IROC, the 24 Hours of Daytona, Stadium Super Trucks and the Camping World SRX Series all dot his resume.

More recently, a much-heralded return to the Truck Series in 2019 came with Kyle Busch Motorsports at Texas Motor Speedway. Biffle led twice for 18 laps and won the damn thing. Age isn’t a detriment for the now-53-year-old. -Adam Cheek

A former substitute teacher from Columbia, Mo., Carl Edwards took the competition to school during a NASCAR career that spanned 15 years and included 72 wins across NASCAR’s three national-touring series, with 28 coming in the NASCAR Cup Series, 38 in the NASCAR Xfinity Series, and six in the NASCAR…