The Next New F1 World Champion 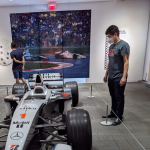 In their triumphant return to the world of podcasting, Jack Swansey and Alex Gintz break the offseason silence, debut a new format for Frontstretch‘s open-wheel racing show, and set out to answer a difficult question: of the 17 drivers on the 2023 F1 grid who haven’t won the World Drivers’ Championship, which is going to win it first?

The Pit Straight (formerly Open Wheel Open Mic) will be released bi-weekly on Tuesdays in 2023 and is available on Spotify, Apple Podcasts, and right here on Frontstretch.com

Jack Swansey is an open-wheel racing editor at Frontstretch.com and co-hosts The Pit Straight Podcast, but you can also catch him writing about NASCAR, sports cars, and anything else with four wheels and a motor. Originally from North Carolina and now residing in Los Angeles, he joined the site as Sunday news writer midway through 2022 and is an avid collector (some would say hoarder) of die-cast cars. 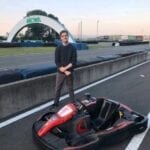 Alex is the IndyCar Editor at Frontstretch, having initially joined as an entry-level contributor in 2021. He also leads the Center for Asia-Pacific Policy at the BIED Society, an international think tank in Washington, D.C. With previous experience in China, Japan and Poland, Alex is particularly passionate about the international realm of motorsport and the politics that make the wheels turn – literally – behind the scenes.