Gray Gaulding Back With SSGLR in 2023 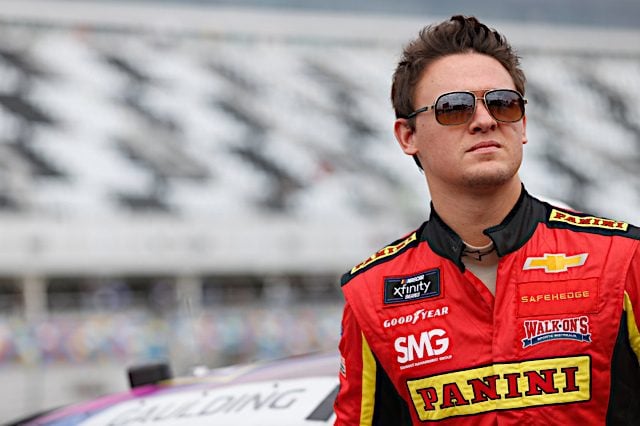 Gray Gaulding is back with SS-Green Light Racing in the NASCAR Xfinity Series in 2023, he tweeted Jan. 25.

Gaulding added the hashtag #FullSeason to his tweet, implying he will run full time for the team.

A car number was not disclosed, though the team had indicated it would be bringing back its No. 08 for 2023.

Previously, SSGLR had announced Blaine Perkins as a full-time driver for the No. 07.

Gaulding made two Xfinity starts in 2022, with a best finish of 21st at Talladega Superspeedway for Mike Harmon Racing.

Gaulding last drove for SSGLR in 2020, when he made six starts for the team.

According to Gaulding’s tweet, sponsorship for the effort will be announced at a later date.