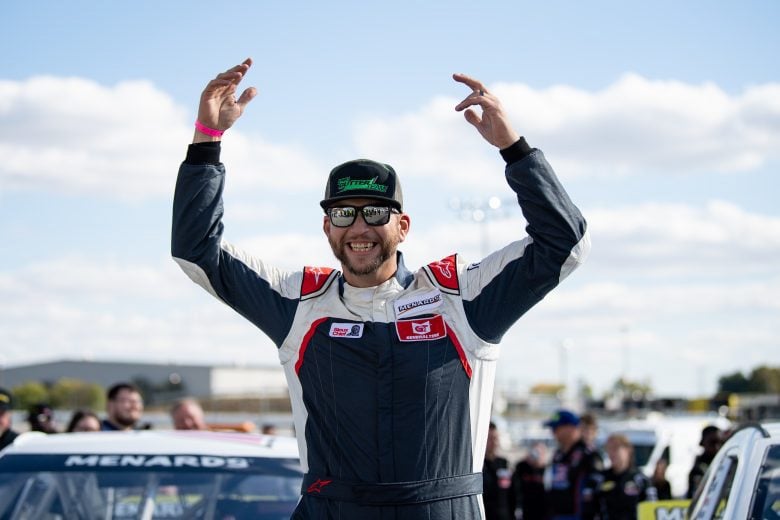 Tony Cosentino will compete full time in the ARCA Menards Series in 2023, he announced on Jan. 25.

Cosentino will drive the No. 45 for Tamayo Cosentino Racing, a brand-new ARCA team.

The team acquired a few racecars in the offseason. The team has not announced its crew chief for the 2023 season.

Both team owners’ businesses, The Gutter Team, owned by Cosentino, and Tamayo Sports Florida, owned by Tamayo, will serve as associate sponsors throughout the season.

The new team is committed to running well in ARCA in its debut season, though the team will decide whether to purchase only brand-new sticker tires or scuffed tires, or a mixture of the two on a race-by-race basis.

“There is a lot of speed in tires and my goal is to run top 10 in every race,” Cosentino tells Frontstretch. “I want to work my way up into the top five and contend for a win as well.”

A former NASCAR pit crew member, Cosentino has made 13 career ARCA starts with two top 10s. He earned his career-best finish of ninth in the 2022 race at Charlotte Motor Speedway.

“Everybody has Daytona circled,” Cosentino says. “We all want to win there. Mid-Ohio is my home racetrack [Cosentino is from Mansfield, Ohio]. Michigan is close to my home too. Dad took me to many races there as well.”

Cosentino also plans on integrating his ARCA team with his late model team.

“ARCA is a great development series as well with a lot of young talents,” he says. “So, we are implementing late models into a driver development program for our ARCA team.”