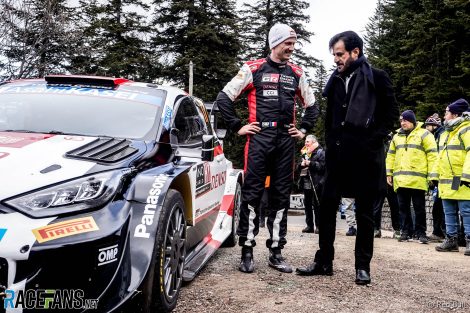 Mohammed Ben Sulayem has been president of the FIA for a little over 12 months. During that time Formula 1, undoubtedly the governing body’s most famous series, has kept him busier than he would like.

He was elected to the position five days after the acrimonious conclusion to the 2021 world championship. The FIA’s race director had failed to follow its own rules, leading to a last-lap change of positions which swung the outcome of the title fight, and prompted the governing body to overhaul its race management set-up. The far-reaching changes were finally completed just one week ago.

The 2022 F1 season added more pressing issues to Ben Sulayem’s in-tray. These included concerns over the effect porpoising was having on drivers, and subsequent revisions to F1’s newly-introduced technical regulations. There was also crucial negotiations over F1’s overhaul of its power unit rules for 2026. Later in the year came the discovery Red Bull had exceeded F1’s new budget cap as it took Max Verstappen to the 2021 world championship.

All this added up to a distraction from his other priorities as president of a federation responsible for much more than just F1. Ben Sulayem’s background is in rallying, and restoring the World Rally Championship to its former glory is a passion of his.

He emphasised that point in an interview at the Monte-Carlo Rally last Saturday. “I’ll be very honest with you. I should give more time to rallying,” he told Dirtfish.

“I have been dragged – and I’m being very straight and honest – I’ve been sucked into Formula 1. I definitely relied on a very reliable team, which is my team, to come to me with suggestion. But I believe this is the beginning, I am here, so I am going to manage my time between F1, rallying, and do it.

“I have to give more time to rallying because we can fix it.”

But will F1 continue to be an attention-grabbing focus for Ben Sulayem in 2023? The new structure he has put in place to oversee the series is clearly intended to address that. F1 now has a dedicated sporting director tasked with developing race control and drafting the regulations.

Ben Sulayem will expect the kind of errors which occurred during 2022 are not repeated. One of these which clearly irked him greatly, and for which he believes the FIA was unfairly blamed, was the confusion surrounding the outcome of last year’s drivers’ championship at Suzuka.