The US racers who got closest to F1 before Sargeant · RaceFans 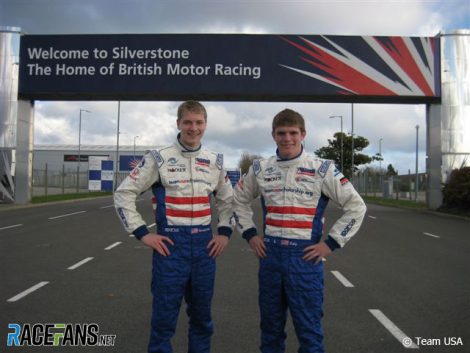 He is one of five drivers to have raced using an American licence in F2 – although one of those was Mexico’s IndyCar star Pato O’Ward – and only the third person from his country in the last 40 years to have come through F1’s support series to make it to the top flight.

What has stood in the way of the top US junior single-seater talents, particularly those who have raced in Europe or found themselves in contention for an F1 seat, from making it to the world championship?

The European road to F1 hits a dead end

The 2007 European Grand Prix at the Nurburgring was not only notable for its thrilling battle for victory between Fernando Alonso and Felipe Massa, the chaos caused by opening lap rain or Markus Winkelhock leading on his debut. It was also the final race for a full-time American F1 driver as Scott Speed’s last grand prix before his replacement by Sebastian Vettel at Toro Rosso.

But as F1 lost its only American racer, there were talented young drivers from the USA who looked to pursue a single-seater career over the Atlantic.

Future IndyCar race winners Conor Daly and Colton Herta both trod the European single-seater path with success. However, when they were looking at achieving their dream of being professional racing drivers – and prolonging their junior careers to reach that point – they were ultimately drawn back home stateside.

Daly, son of Irish former F1 and CART driver Derek, hopped back and forth between the continents during his first years in cars.

He learned the basic skills in America, then put them to the test by contesting England’s Formula Ford Festival at Brands Hatch and Walter Hayes Trophy at Silverstone in 2008 as a Team USA scholar alongside fellow F1 aspirant Josef Newgarden.

Daly finished sixth at the Festival, which Newgarden won, then he won the Walter Hayes Trophy while Newgarden finished 14th. Their results in the two biggest Formula Ford events in the world announced that the pair had well and truly arrived in Europe.

The next two years were spent in America for Daly, as he contested the third level of single-seater racing over there in the Pro Mazda championship. He dominated the series in his second season, and then moved back to Europe for the next four years.

In addition to joining F1’s…