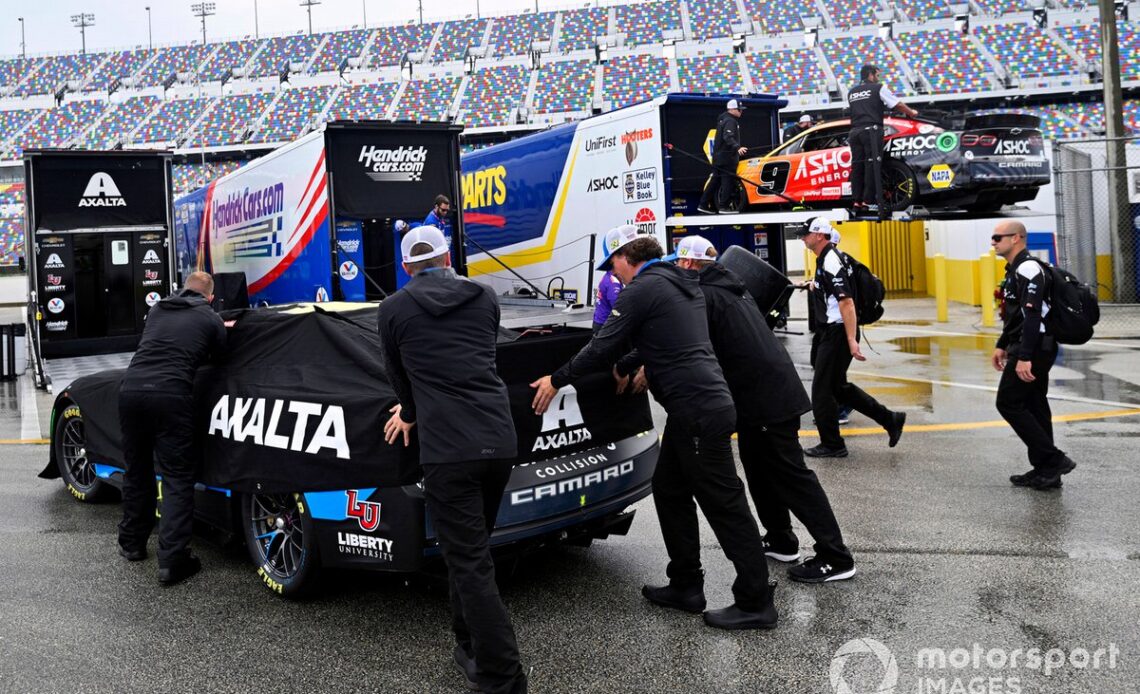 The green flag for Saturday night’s race was originally scheduled for 7:46 p.m. ET.

Due to qualifying being rained out on Friday, the starting lineup was set by the rule book. That put Hendrick Motorsports teammates Kyle Larson and Chase Elliott on the front row, just one week after their run-in while battling for the win at Watkins Glen (N.Y.) International.

Daytona is the final race of the regular season, with 14 of the 16 positions in the playoffs locked in.

Kurt Busch withdrew his playoff waiver earlier this week, and will not be part of the playoffs. The No. 45 remains locked in on the owner’s side, but Busch, who is still recovering from a July concussion, is now out. Ty Gibbs will continue to fill-in for Busch in the No. 45 23XI Racing Toyota.

That puts Martin Truex Jr. back above the playoff cut line. He and Ryan Blaney are separated by just 25 points, but as long as there are no new winners this weekend, they are both safe.

The NASCAR Xfinity Series race was delayed by rain on Friday, but finally went green just before 11 p.m. ET. The race was won by Jeremy Clements.