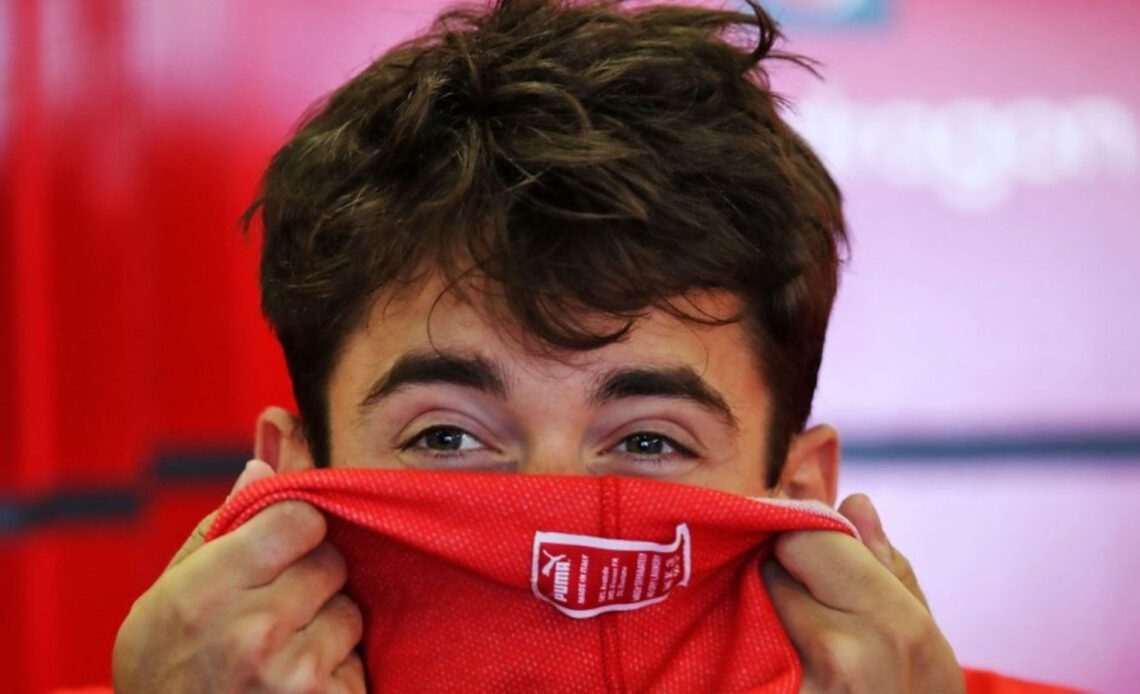 Charles Leclerc topped Friday’s first hot practice at the Paul Ricard circuit, a tenth up on Max Verstappen in a session where yet again Ferrari and Red Bull traded P1s.

Formula 1’s French Grand Prix weekend began in swelteringly hot conditions, the track temperature up at 55’C, a concern for the teams on a track that is already known for being hard on the tyres.

Robert Kubica and Nyck de Vries, test drivers in action for Alfa Romeo and Mercedes, were amongst the first out while Nicholas Latifi was the last, the Williams driver having his first run in the team’s heavily updated package.

The 2019 @Formula2 champ behind the wheel of the W13👀#FrenchGP #F1 pic.twitter.com/s1rNmHMsaI

It wasn’t long before Ferrari and Red Bull engaged in their usual tussle for P1, Carlos Sainz hitting the front before Charles Leclerc took over and then Max Verstappen. 1:34.9 the Dutchman’s P1 time after 15 minutes.

Lando Norris stuck his nose in the tussle despite the driver, running pedal cam, complaining that the “feeling on the throttle pedal is not right”.

Eight-tenths down on Verstappen, Ferrari told Leclerc that he is losing time in Turn 8-9 compared to the Red Bull driver, the rest is “power limited”.

Leclerc, though, clearly wasn’t happy with his power unit, the Ferrari driver putting in a very slow lap before putting his foot down.

But with yellows in sector one, Sergio Perez spinning off on the abrasive surface and flat-spotting his tyres, Leclerc had to back off.

Checo gets in a spin as he gets to grips with Circuit Paul Ricard #FrenchGP #F1 pic.twitter.com/YzMQBsA05v

Midway through the session Verstappen held P1, 0.5s ahead of Perez with Leclerc and George Russell next in line, both eight-tenths down. Sainz, Pierre Gasly, De Vries, Daniel Ricciardo, Fernando Alonso and Latifi in the top ten. And the track temperature was up to 58′.

As news broke of Sainz’s 10-place Control Electronics penalty, the Spaniard went quickest with a 1:34.2 while Mercedes’ swap from the mediums to the softs put Russell up to third, and De Vries P4.

Sainz’s reign was short-lived, Verstappen hitting back with a 1:34.0 despite a notable on his lap, the Dutchman explaining to Red Bull he “understeered wide on the corner”. Leclerc moved up to second, 0.083s down.

Gasly, dreaming of a pole position battle in his upgraded AlphaTauri, was another drive on the move…