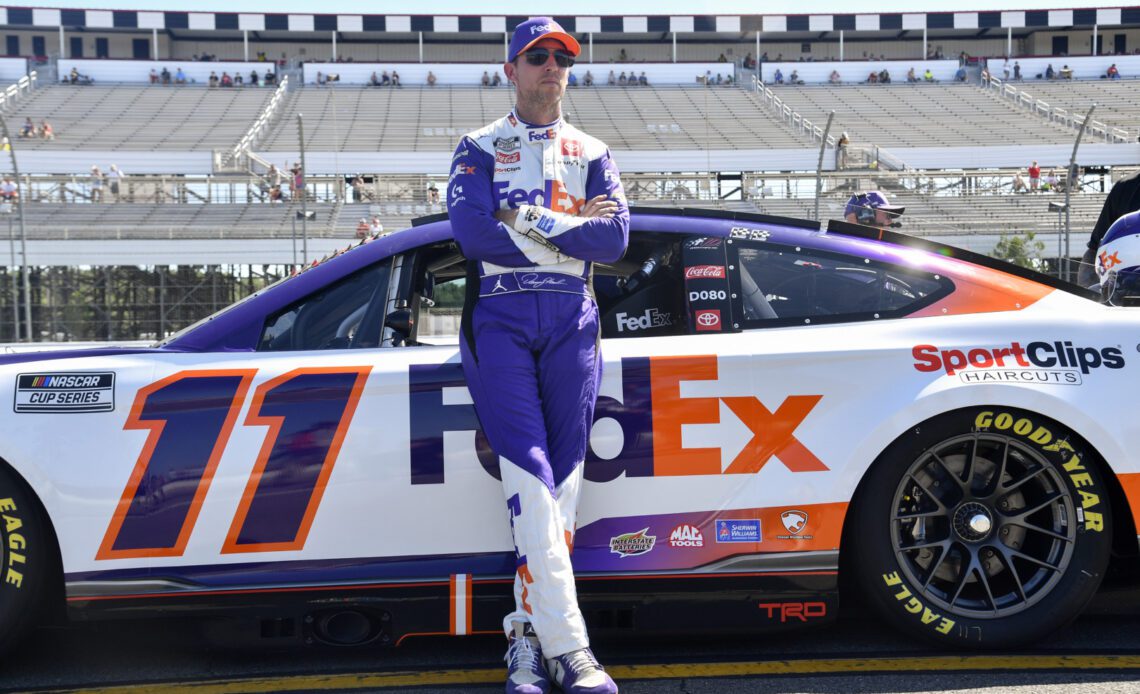 It will be an all-Joe Gibbs Racing front row with Hamlin starting his No. 11 Toyota alongside teammate Kyle Busch, who was second fastest in the No. 18 Joe Gibbs Racing Toyota.

The last time Hamlin qualified on the pole, at Charlotte in May, he went on to win the race. And he already boasts a stellar resume at Pocono. His six wins at the track are tied with NASCAR Hall of Famer Jeff Gordon for the NASCAR Cup Series-most at six each.

“As long as it keeps driving like that, it’s all good,” Hamlin said with a smile. “Just made some big strides from practice. The biggest thing is that the team just did a phenomenal job getting this car ready for qualifying. I made some adjustments and it’s good.”

Hendrick Motorsports teammates Chase Elliott and Kyle Larson were third and fourth fastest in qualifying and will make up the second row on the grid, followed by 2016 Pocono race winner Chris Buescher, who will start the No. 17 RFK Racing Ford fifth.

Ryan Blaney, who earned his first career win at Pocono in 2017 will start his No. 12 Team Penske Ford sixth followed by the Toyotas of Bubba Wallace and Martin Truex Jr. Trackhouse Racing’s Daniel Suarez, in the lone Chevrolet, and Kurt Busch rounded out the top-10 starting positions. 23XI Racing’s Kurt Busch, will be starting from the rear of the grid, however, after spinning his No. 45 Toyota into the wall just as he was approaching the green flag for his final qualifying attempt.

In recent weeks there has been a lot of speculation over where two-time NASCAR Cup Series champion Kyle Busch will race after his current contract with Joe Gibbs Racing expires this year.

Conventional thinking expects Busch to continue driving the No. 18 Toyota for the Joe Gibbs Racing organization where he’s raced for the last 16 seasons (dating back to 2008) and earned…