Perez relieved with third on grid after “worst weekend” 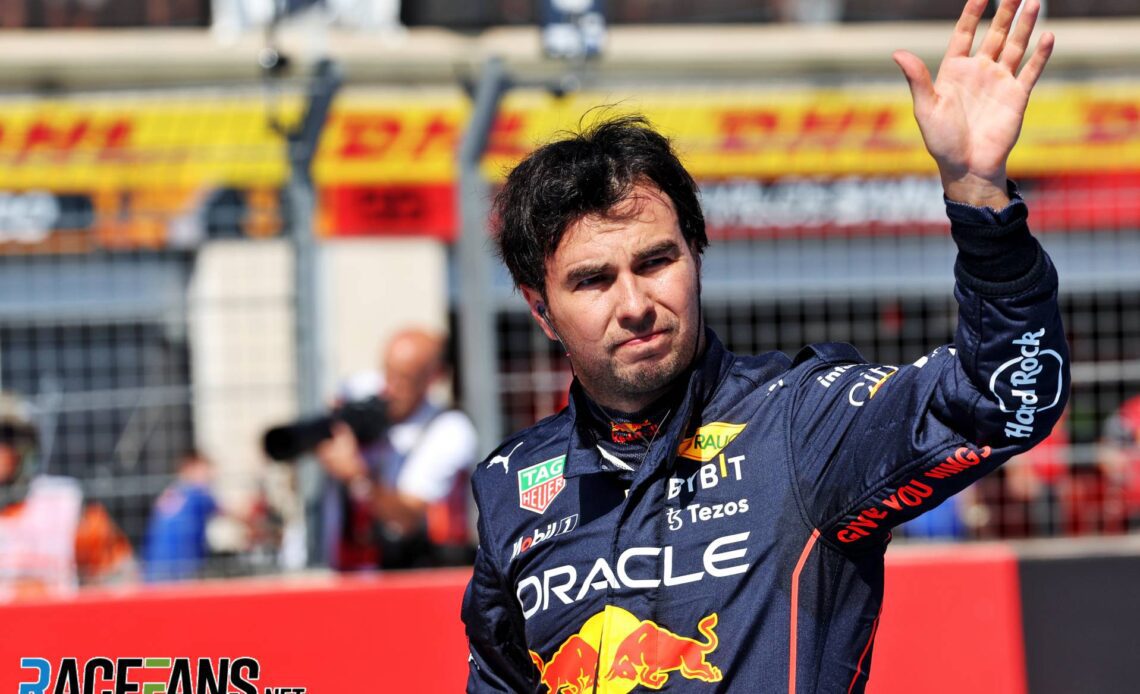 In the round-up: Sergio Perez says third on the grid for the French Grand Prix was a good result after his “worst weekend” of preparation for a qualifying session this season

Perez was outside of the top four positions in all three practice session across Friday and Saturday but took third on the grid for today’s race, 0.159 slower than team mate Max Verstappen. The hot conditions at Paul Ricard posed a set-up challenge, Perez admitted awterwards.

“We’ve been playing around with the set-up quite a bit since the beginning of the weekend,” he said.

“It’s very, very hot and somehow I’ve been struggling a lot, you know, it has been probably my worst weekend up to now in terms of preparation for qualifying. So it’s a decent result to pull it back.”

Sebastian Vettel said his preparation for qualifying was affected by a new floor specification “breaking up” during practice, limiting his running.

The Aston Martin driver was knocked out of Q2 in 14th place. Earlier in Saturday’s practice session, Vettel had only completed 11 laps – fewer than any other driver – and set his session-best time before the midway point in the session.

“We had an issue with the floor,” Vettel explained. “It was a new floor, but it was breaking up.

“We fixed it, not in time for third practice, so we had no run in the end, but in time for quali. Hopefully it’s fine for [the race], but I think we did what we could.”

“The mayor of Nice, Christian Estrosi, announced on Saturday July 23 the end of the Formula 1 grand prix project in his city.”

“You always hear the stories of when there was Ayrton Senna or Michael Schumacher and in this period it’s been Lewis. You hear about the battles he has had, and those guys had with Prost and Mansell. In 20 or 30 years’ time its going to be the same about Lewis racing Seb and Max. Then somewhere there’s my name a bit further down.”

“I don’t have the access I had before to the data and all that stuff from home. When I’m here, I have it. Not from home like the same I had before. Which I understand. It’s…