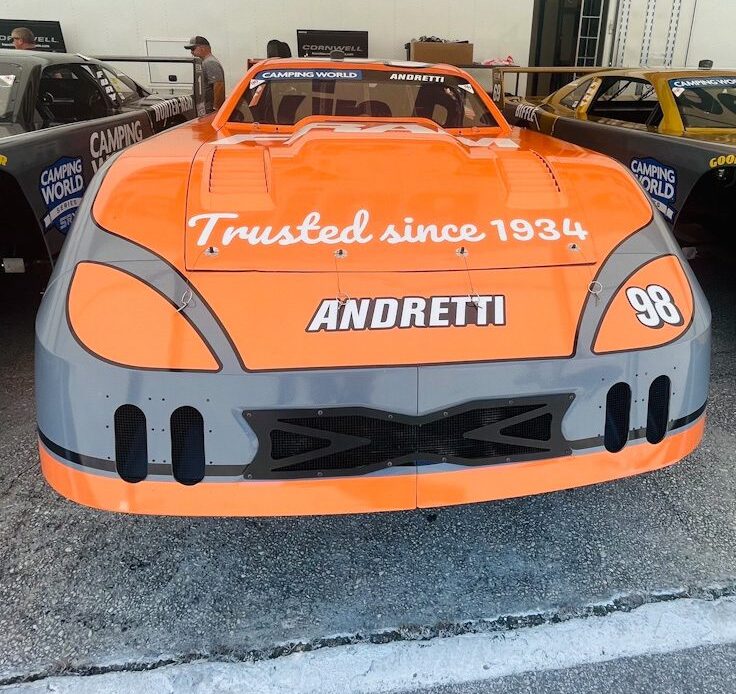 Last year, Elliott handedly won in his series debut at Nashville Fairgrounds Speedway. But in his second SRX showing on Saturday, he had to battle much harder to score the victory, overcoming two dirt aces in the process. CBS Sports’ Allen Bestwick summed it up best in the broadcast when he said Elliott has more dirt experience than you would think – and it showed.

Elliott outdueled Dave Blaney, who literally owns the this 3/8-mile track in eastern Ohio, to score the heat 2 win. Then, during the main event, he swapped slide jobs back-and-forth with Tony Stewart several times before eventually coming out with the victory.

Seeing such a battle between Elliott and Stewart for the top spot on a dirt track was extremely refreshing. Up to this point, every previous SRX dirt race had essentially been the Tony Stewart Invitational, Stewart going three-for-three with minimal opposition. I had begun questioning whether the series should even race on dirt after last week’s lackluster showing at Federated Auto Parts Raceway (I-55).

That said, Sharon squashed those thoughts with what was probably the most entertaining dirt race in the series’ young history. And Stewart wasn’t even Elliott’s biggest threat for the win until late in the going. Ryan Newman led early in the main event after making a ton of passes in the heat races to claim the pole position. Rocket Man looked like he had something for the No. 9 machine, but that all ended courtesy of an Andretti divebomb gone wrong.

Entering the race, Andretti led Newman in the championship battle by just eight points, and Newman cut that lead down to four through two heats. Both drivers ran well in the main event and Andretti lined up in third, behind Newman, on a lap 32 restart. It looked like the two were set to duel for the title amongst themselves.

That’s when Andretti dove under Newman to make it three-wide, only there was no room underneath the No. 39. The No. 98 then slid up into Newman, spinning him out, but Andretti damaged his own vehicle in the process. Both cars went to the rear and neither made their way back into contention for the race win.

Thanks @tsrsmoke for the opportunity to…