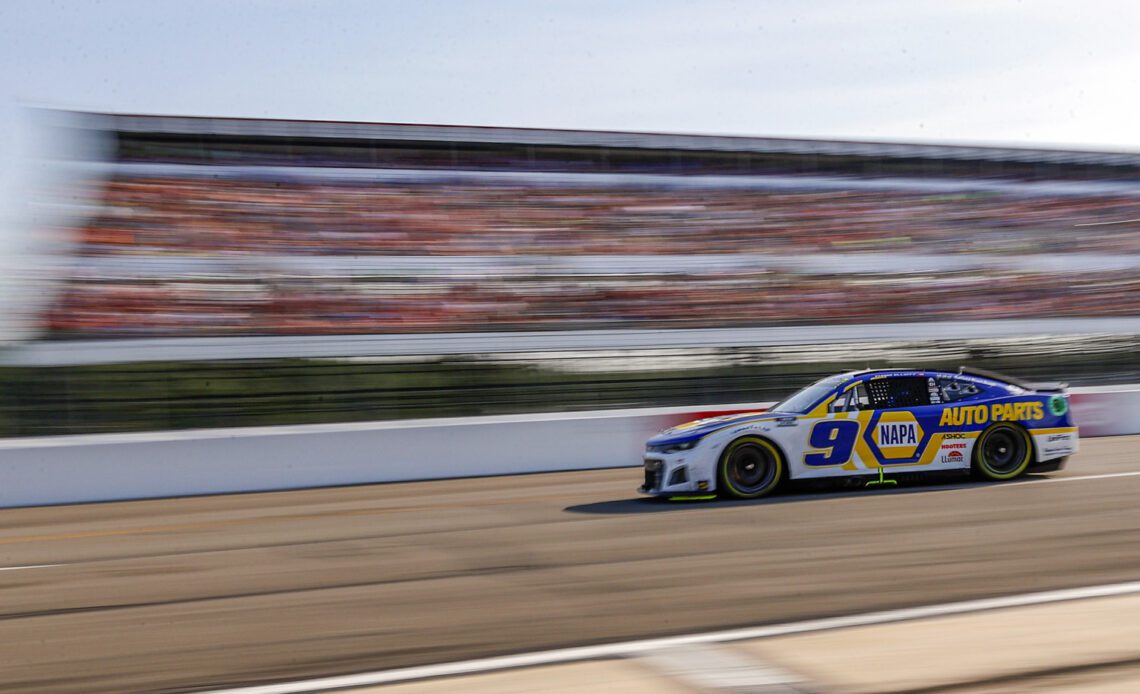 It’s a series-best fourth race victory for the driver of the No. 9 Hendrick Motorsports Chevrolet, who now leads the championship standings by 105-points over Ross Chastain and 111-points over Ryan Blaney.

It is the first time this season a race winner has been disqualified.

“Yeah, unfortunately we were doing our post-race inspections, which we do,” said NASCAR Cup Series managing director Brad Moran. “There were some issues discovered that affect aero of the vehicle. The part was the front fascia. There really was no reason why there was some material that was somewhere it shouldn’t have been, and that does basically come down to a DQ. It is a penalty, both for the 11 of Denny Hamlin and the 18 of Kyle Busch have been DQed. Their vehicles are being loaded in the NASCAR hauler and they’re going to go back to the R&D Center.”

Hamlin won the pole position, led 21 laps, and ultimately crossed the finish line .927-second ahead of Busch for the apparent win in an action-packed afternoon at the 2.5-mile Pocono track.

But both of the JGR cars failed post-pace inspection leaving the victory to the 26-year-old 2020 series champion Elliott, who now has a series-best four victories – three wins and a pair of second-place finishes in the last five races alone.

The NASCAR Cup Series returns to action next week at the Indianapolis Motor Speedway Road Course with Sunday’s Verizon 200 at the Brickyard (2:30 p.m. ET on NBC, IMS Radio Network and SiriusXM NASCAR Radio). A.J. Allmendinger is the defending race winner.