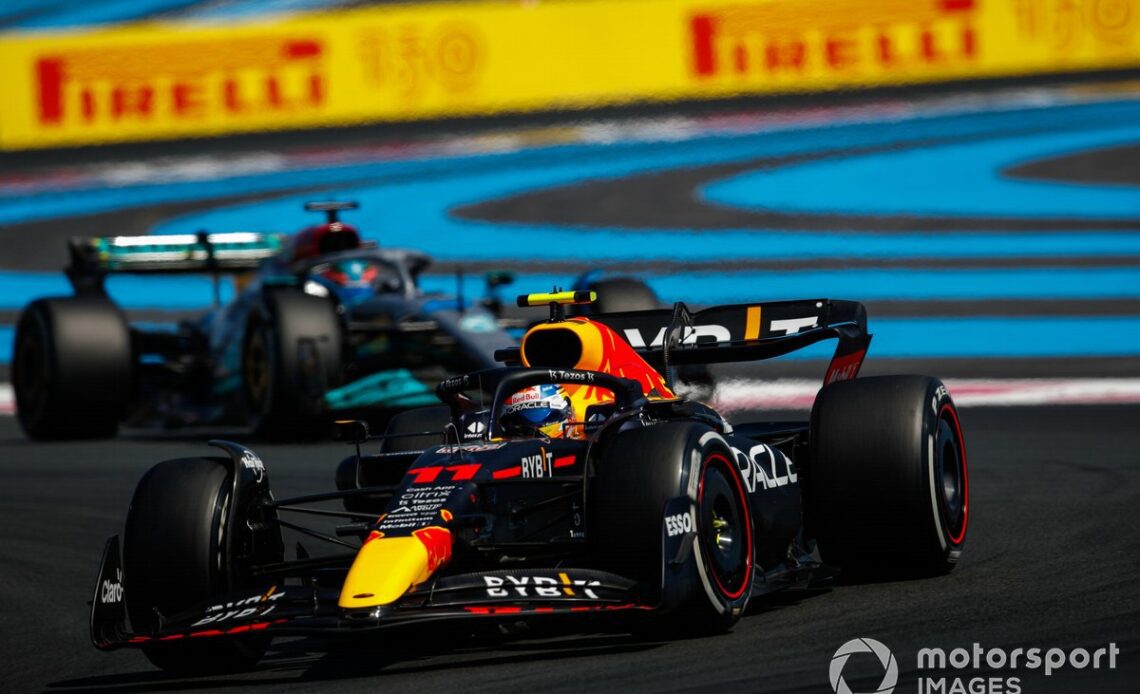 Following Alfa Romeo’s Zhou Guanyu stopping at the side of the track with an engine problem in the closing stages, the FIA called out a virtual safety car to allow marshals to retrieve his stricken car.

Once the track was clear, race control messaged teams to let them know that the virtual safety car period was ending.

According to F1’s Sporting Regulations, the race is then supposed to go green at “any time between 10 and 15 seconds later”, which is when drivers are then allowed to start racing again.

However, that did not happen at the first attempt in Paul Ricard and the race stayed under virtual safety car conditions for longer.

A second “VSC ending” message was then sent out and the race eventually resumed – but the delay triggered confusion for some drivers with Red Bull’s Sergio Perez getting caught out by not being up to speed when the race got going.

After getting overtaken by George Russell as he got back up to speed, he later said: “I mean it’s a shame the virtual safety car interfered with the result, to be honest. It shouldn’t be the case, but today it was the case.

The FIA has now explained that the delay in restarting the race was caused by problems with its computer system, which forced it to switch to a back-up solution.

This worked as intended, but meant there was a delay in the restart.

A statement from the FIA said: “A second VSC ending message was sent due to a hardware issue, which led to an automated switch to backup systems that worked exactly as they should in that scenario.

“The same information is supplied to all teams concurrently. The VSC ending countdown time to the green light being displayed on the trackside panels is always random.”

Red Bull team boss Christian Horner was not especially upset about the matter as he said the important thing was getting an explanation from the FIA about what had gone wrong.