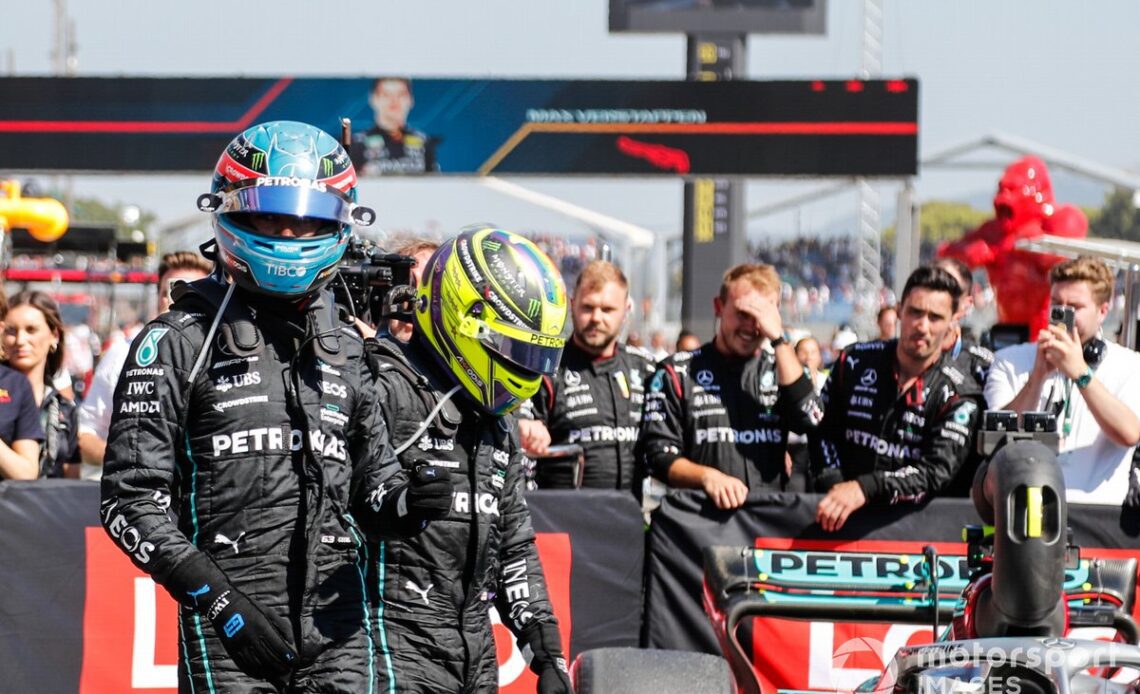 After Ferrari’s Charles Leclerc retired from the lead at Paul Ricard, Hamilton moved up to second place which he kept until the finish, crossing the line 10 seconds behind Red Bull’s winner Max Verstappen.

Afterwards Hamilton, who had to take a breather in the cooldown room, revealed his drinks bottle didn’t work during the race, which made his drive in the sweltering hot conditions to his season-best result even tougher.

“What amazing weather we’ve had, and that was actually a tough race because my drinks bottle didn’t work,” Hamilton said.

“But what a great result considering we’ve been so far off these guys all weekend.

“Reliability is one thing that my team has been amazing at, so a huge congratulations to the team back in the two factories, the team here who without them, we couldn’t get this podium, and George did an amazing job today as well.

“I didn’t see my weight just now, but I would imagine [I lost] probably around three kilos. So yeah, it’s enough. I’m looking forward to downing the rest of this drink…”

Mercedes came into Sunday’s race concerned and confused by its lack of pace throughout the Paul Ricard weekend, with Hamilton 0.9s off Leclerc’s pole time in qualifying.

However, Hamilton was buoyed by his fourth consecutive podium, and by Mercedes’ first double podium of 2022 as team-mate George Russell finished third.

He was encouraged to see Mercedes “can at least lean on” Red Bull and Ferrari on race pace and hopes further upgrades will help bridge the gap.

When asked about his expectations for next week’s Hungarian Grand Prix, he replied: “It’s going to be hard to beat the Ferraris and the Red Bulls, you see they have the pace advantage still.

“But I’m hoping we will bring some sort of upgrade to that track and hopefully take a step forward closer to them.

“You can see us in the race, we can at least lean on them a little bit, so hopefully in that race even closer.”