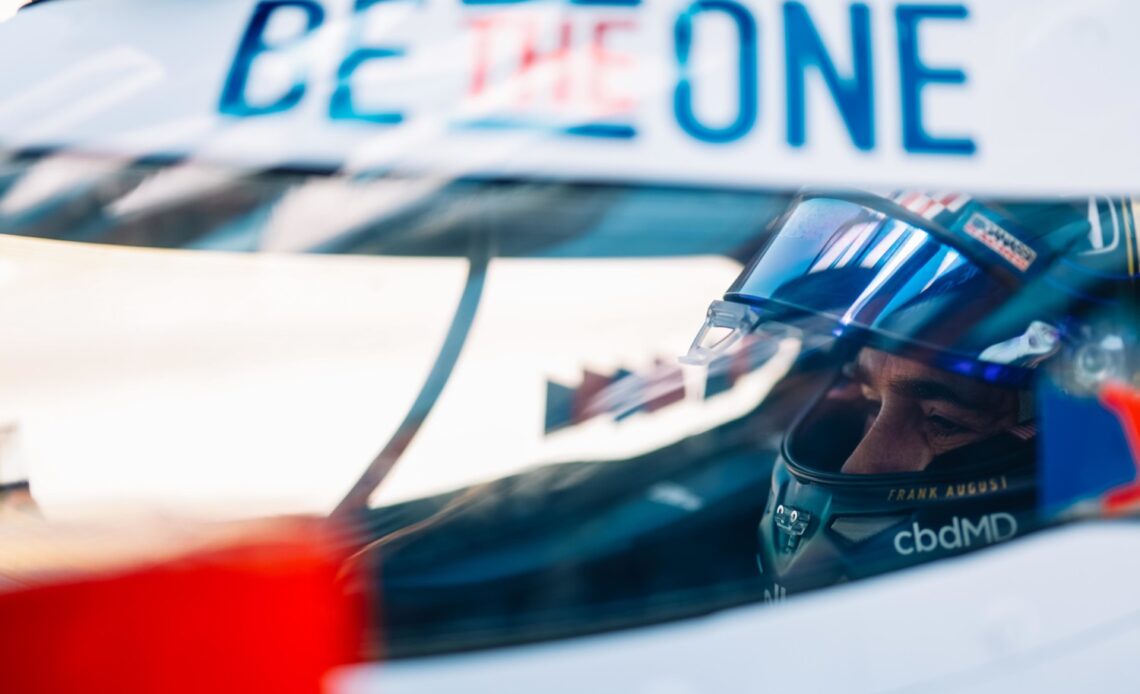 It’s safe to say Iowa Speedway is now Jimmie Johnson’s favorite track on the NTT IndyCar Series schedule after the performances he has put up over the course of the doubleheader weekend on the 0.894-mile oval.

Coming off a strong run Saturday, in which Johnson put on a show, making daring passes throughout the race before fading to 11th at the finish, it was game on for the seven-time NASCAR Cup Series champion when the green flag fell on the second day of action.

Johnson started Sunday’s Hy-Vee Salute to Farmers 300 in 13th place and though he lost some ground in the opening laps, he began his climb up the leaderboard, cracking the top-10 for the first time on lap 28 and advancing as high as fourth after the first round of green flag pit stops.

Aside from pit stop cycles, Johnson would not leave the top-10 for the remainder of the race, running hard with his Chip Ganassi Racing teammates, including points leader Marcus Ericsson, who he battled with in the closing laps to retake fifth place by the time he checkered flag fell to bank the best finish of his IndyCar career.

His previous best finish came with a sixth-place finish at Texas back in March.

“This is a really special day for me. For everybody that’s been on this journey with me in the IndyCar Series,” Johnson said. “So proud to have the American Legion on the car today in the race and get my career best finish with them and their “Be the One” campaign that’s going on.

“I really have to thank everybody at Carvana for taking the step with me a couple of years ago when we had this idea. Ernie Garcia Jr. believed in this idea and we knew we could run well. It took me getting on the ovals to get my best finishes and I’m so happy I was able to do it here today.

“Tons of great support from Chip Ganassi Racing, all the teammates that I have, and today was just a fun, racy day out there today.”

In both races at Iowa, Johnson was among the most aggressive drivers, which he explained after the race came as a result of being much more confident on the ovals vs the road and street courses, where he has struggled.

“Every race I’ve been in, I’ve just given way,” Johnson said. “That was the first time I really fought for position and it’s because I felt like I should have been up there passing the 9 car [Scott Dixon]. I made a mistake and got up in the marbles. I really feel like a podium was in our reach,…