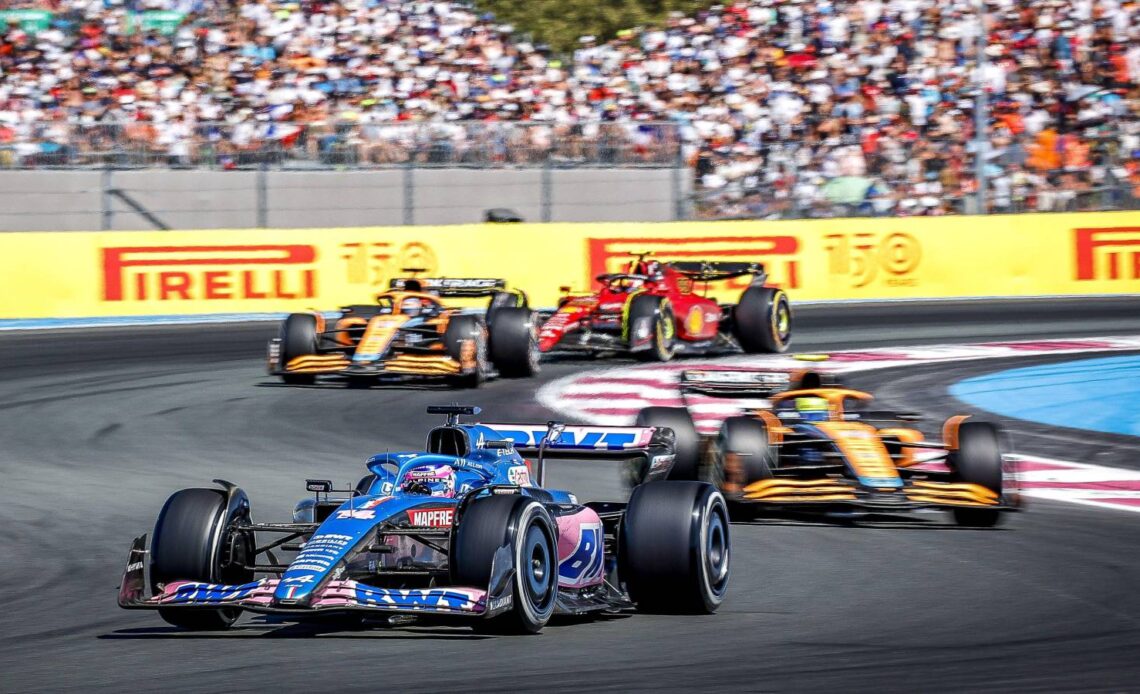 Fernando Alonso said his “comfortable sixth” position in the French Grand Prix was what he should be achieving on every “normal weekend” this season.

The Spaniard is near to, or even at, the top of the bad luck chart in F1 this season and feels dozens of points have been thrown away due to things going wrong beyond his control.

The two-time former World Champion was probably happy and relieved to complete a relatively event-free race on a personal level at Paul Ricard, which progressed without incident following an excellent start in which he passed Lando Norris and George Russell.

In the end, Alonso came home sixth with only the two Red Bulls, the two Mercedes and a Ferrari ahead of him.

In reality, that is the best Alpine can hope for at present unless their faster rivals encounter problems – and importantly, Alonso and his team-mate Esteban Ocon took four points out of McLaren, their direct rivals in the Constructors’ Championship.

“I’m very happy. It was the best we could do,” Alonso told reporters afterwards. “The start was super, from seventh to fifth. Then good race pace and good tyre management.

“A comfortable sixth. That’s the way it is. I wish we had a lot of normal weekends because we would have finished fifth or sixth every Sunday.”

To end up fourth in the Constructors’ standings, one place higher than for the past three years, is the target for Alpine as they duel with Alonso’s former team McLaren.

“The truth is we have that fight with McLaren in the Constructors’ World Championship, which is nice. We wanted to finish ahead of them,” added Alonso, who will be celebrating his 41st birthday the next time he drives the A522 in free practice for the Hungarian Grand Prix on Friday.

“It looked like they were very fast on single-lap pace, they were half a second ahead of us. But in the race we were able to keep ahead of them and I’m happy about that.

“The start was crucial probably, to get ahead of Lando. I wish I could have challenged the Mercedes and Red Bulls in front of us but that was not our league.”

Hungary is, of course, the scene of Alpine’s only victory since their branding entered Formula 1 as Esteban Ocon triumphed in Budapest last year – helped by some terrific defensive driving by…