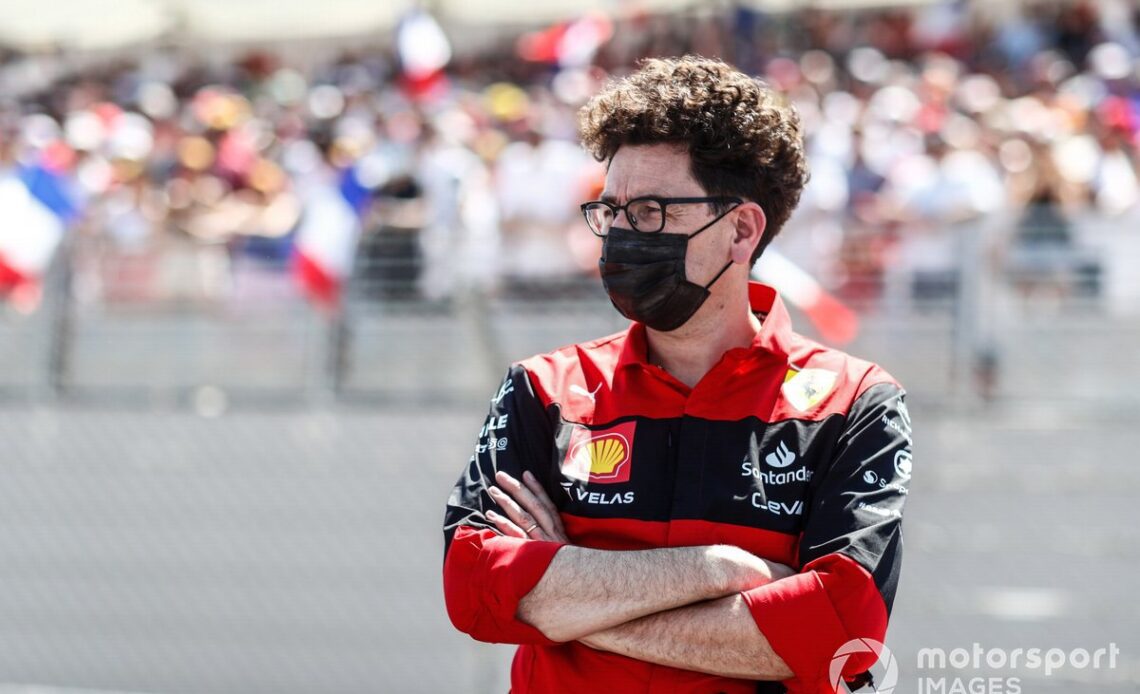 With Charles Leclerc out of the race early on following his crash, it hopes rested on getting Carlos Sainz as far forwards as possible following his back row start due to an engine penalty.

Having started on the alternative hard tyre compared to the front runners, the Spanish driver was switched to the medium during Leclerc’s safety car period – leaving him with a tough ask to make it to the end.

But as he made rapid progress and eventually hauled himself up past Red Bull’s Sergio Perez for a podium spot, Ferrari issued several radio messages to him suggesting they were changing their strategy on the fly.

These conversations gave the impression that Ferrari was not decisive enough in what it wanted to do. Its indecision in the past has proved costly, such as when Leclerc lost an almost certain win at the Monaco GP after getting undercut by Perez.

Eventually having pitted Sainz, which dropped him well down the order and with no hope of recovery to the podium as he came home fifth, even he questioned why they had not just pushed on to the end.

Ferrari team boss Mattia Binotto has no doubts, however, that his squad’s strategy call was the right one to do – based on both the tyre degradation he was suffering from and the fact that he was carrying a five-second penalty for an unsafe release from his early pitstop.

“I think that, as far as the choice we made, it was the proper and the right one,” said Binotto, when asked by Motorsport.com for his views on the strategy calls.

“I think that Carlos from the cockpit did not have all the information, so for him it was difficult to judge. But no doubt, I think we made the right choice.

“First, we were trying to extend his stint as much as possible to have the best fit on the tyre life, to make sure at least we were not overshooting.

“But as soon as we got all the information, which was required, we realised that there was not sufficient tyre life to go to the end of the race. As simple as that.

“To stay out would have been a risk in terms of safety and reliability in terms of tyre life. So we had to stop.

“More than that, I think that the pace of Carlos would not have been sufficient to open the gap more than five seconds to Perez and [George] Russell, somehow, to cover the five seconds penalty.

“So it was right to stop. Also by doing that we had the fastest lap of the race, which still…