Lance Stroll ‘slammed on the brakes’ at final corner 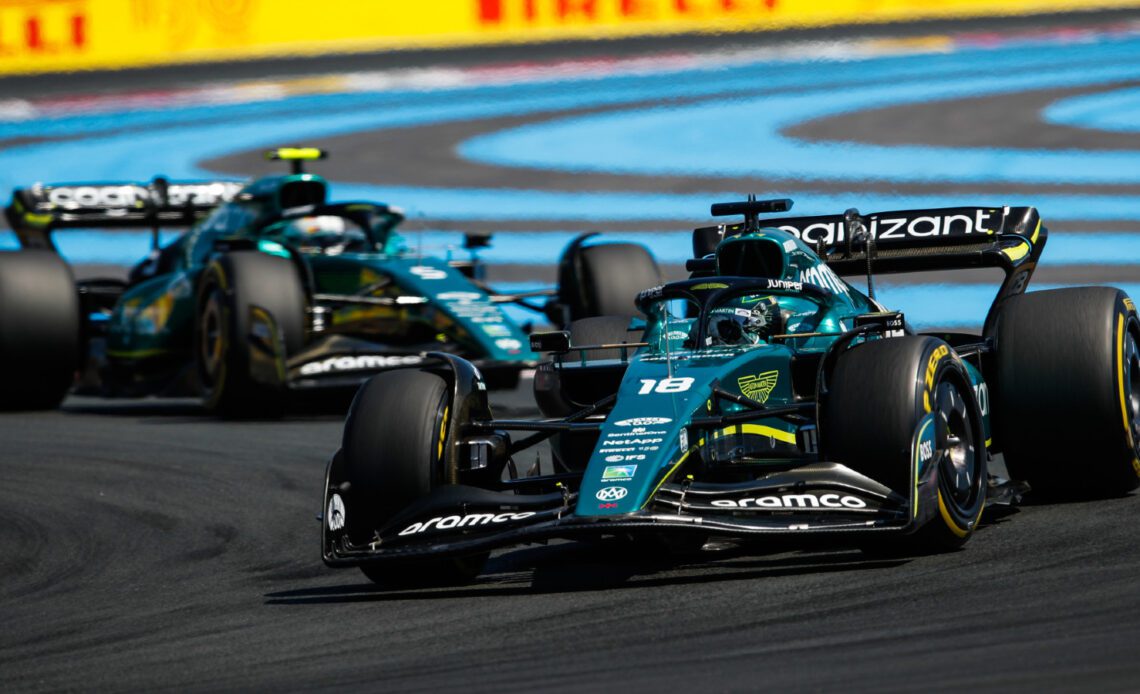 Vettel was in position to attack his Aston Martin teammate on the final lap of the French Grand Prix at Paul Ricard, with the four-time World Champion swarming all over the back of Stroll’s AMR22 as he tried desperately to find a way past and pick up the final points place.

Wrong-footing the Canadian into the final corner, Vettel set himself up to get much better traction and drive out of the corner for the drag race to the chequered flag.

However, just as Vettel applied the power at the apex, he found that Stroll remained in his way and had to slam on the brakes – the Canadian appearing to loiter on the apex for longer than was necessary.

While contact was narrowly avoided, Vettel limped slowly across the line to come home in 11th and, afterward, explained what had happened.

“I was faster at the end and caught up to him quickly, but I ran out of time,” he said, as quoted by F1-Insider.com.

“Lance also caught up with the car in front and got DRS so it was difficult.

“I then had a chance in the last corner. At the apex of the corner, however, he slammed on the brakes and I almost ran into him. After that, it was over.”

Vettel was matter-of-fact about the moment, saying he wasn’t particularly annoyed by the incident.

“It’s OK, he surprised me a bit in the last corner, but I didn’t want to take too much risk either,” he said.

“It’s the same result for the team: We’re fighting for a point and in the end, it doesn’t matter to the team who gets it.”

With Stroll claiming the point for Aston Martin, he explained the moment through his eyes.

“I had a snap on the exit on the last lap because I was struggling with my tyres at the very end,” he said.

“It was a good fight with Sebastian, but the most important thing was to bring a point home for the team today.”

With Vettel pitting the lap after Stroll under Safety Car conditions following Charles Leclerc’s crash, the German driver said it had been a race of frustration.

“I was stuck in traffic for the whole race – but you expect that when you start in the midfield,” he explained.

“And, with the strategy, I do not think there was really much more the team could have…