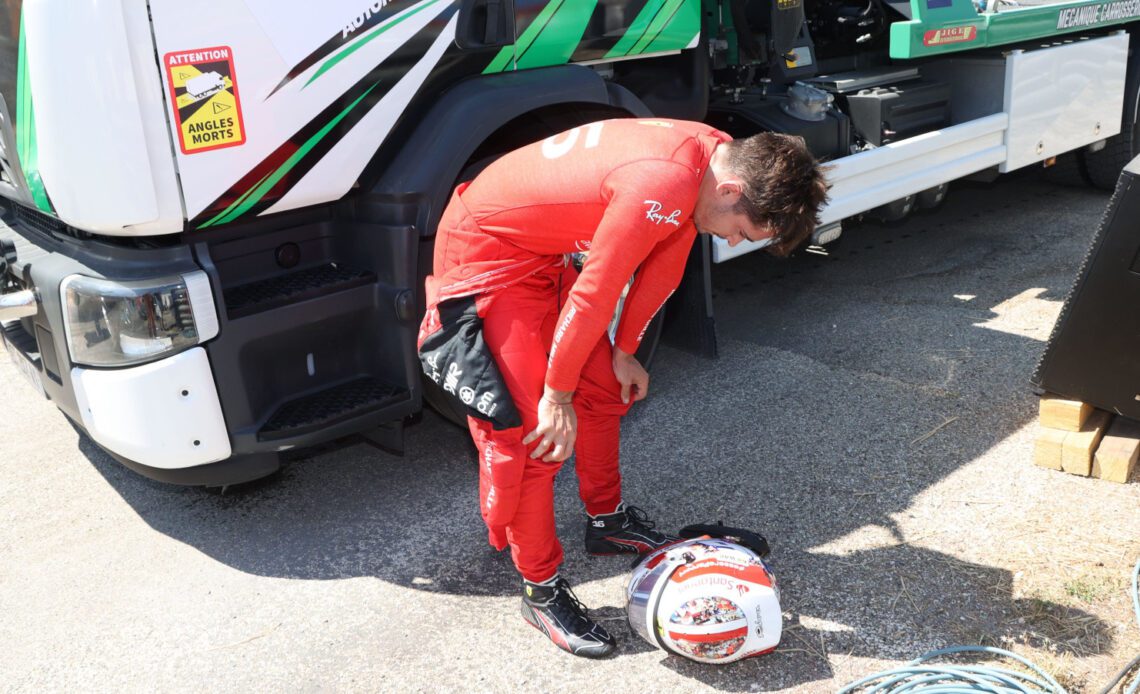 1997 champ Jacques Villeneuve says Charles Leclerc is setting the prime example of how a title challenge fades away.

Leclerc’s hopes took a major blow at Paul Ricard as he crashed out while leading the French Grand Prix, releasing Max Verstappen, who he had successfully kept behind earlier in the race, to cruise on to victory.

With that result, Verstappen increased his gap over Leclerc at the top of the standings to 63 points with 10 races remaining in the season.

Villeneuve pointed out that Verstappen does not make these kinds of mistakes like Leclerc, who also spun at Imola earlier in the season as he harried Verstappen’s team-mate Sergio Perez in the other Red Bull.

So, two drivers who are fairly evenly matched for outright pace are now far apart in the standings, the prime example, according to Villeneuve, of how not to win the title.

“The race was good, but could have been so much better,” Villeneuve wrote in his Formule1.nl column. “With the enormous heat, we had all the ingredients for a great fight.

“Leclerc and Verstappen were on the same pace, only Leclerc makes another mistake he shouldn’t make. He admits it himself, he doesn’t deserve the Championship this way. I don’t get it either, in Austria he withstood the pressure perfectly.

“That’s the big difference with Verstappen, this doesn’t happen to him. And when he is beaten by Leclerc he often ends up second, that way that huge gap won’t shrink quickly.

“And so, we have a championship with two more or less equal cars, but where one has a big lead. It is the best example of how you will not win a championship.”

Villeneuve explained though that it was not only Leclerc making mistakes at Paul Ricard. He felt Ferrari did also on the other side of the garage.

After landing Carlos Sainz with a five-second time penalty for an unsafe release, Ferrari went on to call the Spaniard into the pits for a late switch to a two-stop strategy, shortly after he had passed Sergio Pérez for P3.

Villeneuve did not believe that the decision from Ferrari was wrong, but that they had to make it sooner so that Sainz had time to make up the lost ground. He ultimately finished P5.

“Sainz was unlucky,” Villeneuve claimed. “First it went wrong at his stop, the penalty he got afterwards I think should have been redeemed.

“Sainz made a really brilliant move on Pérez and still seemed to have the speed to run away. They then act hesitantly at the pit wall at Ferrari and that costs…