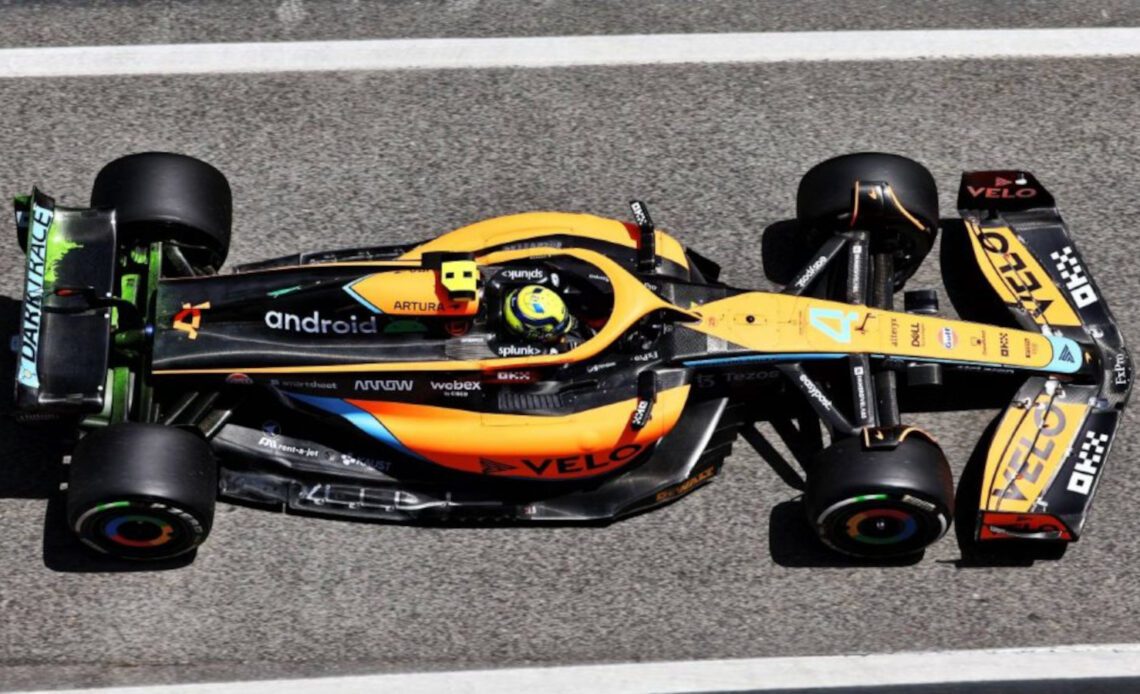 Lando Norris has revealed that drinking during a race makes him feel sick, hence why he does not use a drinks bottle.

Formula 1’s latest outing, the French Grand Prix, proved to be one of the most physically demanding race weekends of the season so far, with temperatures consistently above 30c greeting the drivers.

Most drivers prefer to take as much fluid onboard during the race as they can, negating some of that which they lose, but not Norris.

Instead, he explained that drinking in the car while he is competing makes him feel physically sick.

“I still don’t use a water bottle inside, it makes me feel too sick,” he said, quoted by Motorsport.com. “So I can’t use it.

“I just can’t do too many fluids when I drive, I just barf it back up. So that’s why I avoid it.”

According to Norris, the conditions in France were also tough on the cars, particularly around Turn 11, where Charles Leclerc crashed out while leading the race. Norris said that the wind was causing some problems there.

Tyre management was also proving to be tricky, especially since the one-stop strategy was seen as the best choice for the race.

“Especially the long right where Charles crashed, a gust of wind which seemed to just throw the car out sometimes. And just hot temperatures. So managing the tyres was very difficult.

“Especially knowing if you want to do a one-stop to get right to the end with a good pace, you needed to protect a lot in the beginning, to give yourself confidence you’re going to make it to the end. So tough.”

Norris would finish P7 at Paul Ricard, dropping a couple of places from his starting spot having split the Mercedes cars in qualifying.

George Russell, who started P6 in the Mercedes, a position behind Norris, went on to claim a spot on the podium in P3, while Lewis Hamilton in the other Mercedes finished P2.

Norris admitted that despite feeling like he achieved the maximum in that race, there was an element of frustration after his qualifying performance had boosted expectations.

“I think we achieved everything we should have done, could have done,” said Norris. “Frustrating because I guess after yesterday our hopes were just pushed up a little bit.

“I think it was more because I just did a very, very good lap, to be in the middle of Mercedes, and they showed they can almost race for a win.”