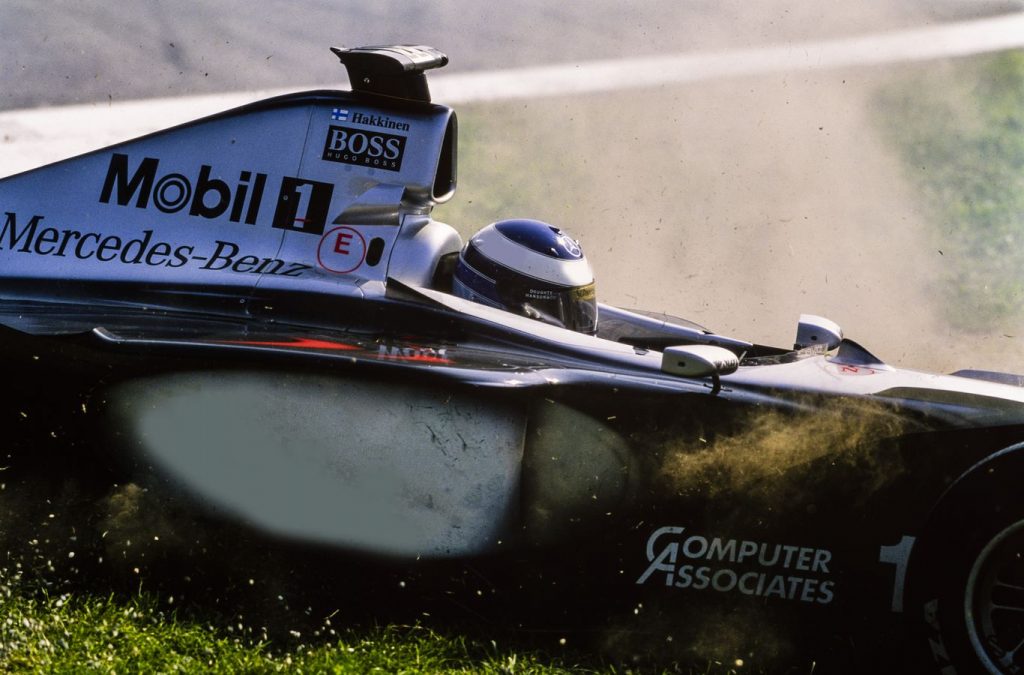 Mika Hakkinen has said it’s important for Charles Leclerc to process the “difficult experience” of throwing away his race lead at Paul Ricard.

Early on in the season, at Imola, Hakkinen crashed out after losing control of the rear of his McLaren MP4/14 over the exit kerb at the final chicane. Later that same season, at the Italian Grand Prix at Monza, Hakkinen would spin out at the Rettifilio chicane while leading comfortably.

Despite these errors, Hakkinen would be crowned Champion at the season finale after beating Eddie Irvine to title glory.

Having witnessed Charles Leclerc making a similar mistake while leading last weekend’s French Grand Prix at Paul Ricard, Hakkinen showed empathy for the Ferrari driver and offered some advice to the Monegasque.

“Everyone makes mistakes but this one was very public and costly,” Hakkinen wrote in his blog for Unibet. Leclerc’s mistake resulted in a 30-plus point swing in favour of Max Verstappen, with the reigning World Champion now enjoying a 63-point lead.

“I have had the same experience, for example when I went off while leading the Italian Grand Prix in 1999, and it is a really difficult experience. You know what you have done, thrown away the win and you have to accept responsibility.

“Charles is a fantastic driver and had driven perfectly until Lap 18. He took a lot of pressure from Max, but the Ferrari was very good in the quick corners and he was able to keep the Red Bull behind.

“The way the Ferrari and Red Bull were so closely matched around Paul Ricard was brilliant, but Charles’ mistake ended the battle. From then on it was easy for Max, he controlled the race, looked after his tyres, and took another important step towards the championship title.”

Hakkinen said that how Leclerc mentally processes the mistake will be crucial to maintaining Ferrari’s title fight with Red Bull as the season heads through its second half.

“What’s important now is how Charles responds to this mistake,” he said.

“As he said after the race, he has lost 32 points due to mistakes in Imola and Paul Ricard, and he cannot afford to continue doing that if he wants to beat Max.

“On top of that, Ferrari have also had strategy and reliability issues. What’s important is that…