NASCAR Finds A Home In Indiana 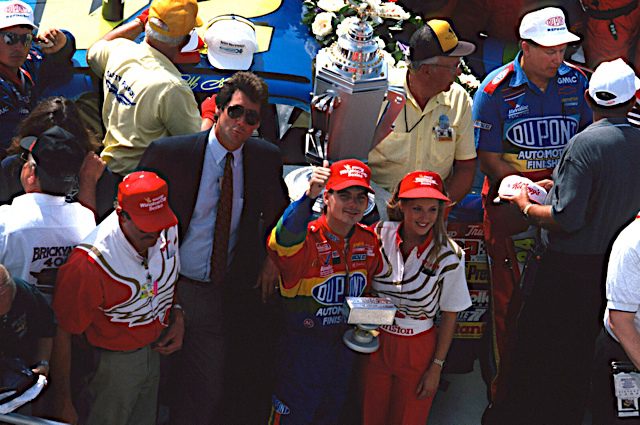 As NASCAR heads back home again to Indiana, 2022 marks the second year that the Cup Series won’t race on the Indianapolis Motor Speedway oval, but on the grand prix road course the facility boasts.

Last year’s Indy GP was not kind to the Cup cars, but the issues with the track have been repaired and both NASCAR and the track are certainly hoping for a competitive race on Sunday.

The Truck Series will race across town at Lucas Oil Raceway.

NASCAR had established a slate of its most prestigious races in the 1980s when Bill Elliott won the Winston Million. That prize was for winning any three of the four top events: The Daytona 500 (the richest and most prestigious), the Coca-Cola 600 (the longest), the Winston 500 (the fastest) and the Southern 500 (the oldest).

Until 1994, those were the races every driver wanted to win above any other. Plenty of drivers also wanted a crack at Indy, but the speedway hosted just one race, the Indianapolis 500, and wasn’t interested in allowing other cars to even test on its surface, let alone race.

In 1992, the winds of change didn’t exactly blow with gale force, but there were breezes, in the form of a Goodyear tire test on the Indy oval. Nine drivers was a large number for a typical tire test, but it certainly was popular with fans and drivers alike, with thousands of fans turning out for the spectacle.

One voice of dissent was Kyle Petty, who said at the time that he didn’t think Indy cars should race at Daytona and stock cars shouldn’t race at Indy, but he was in the minority. Indy was hallowed ground to most of the drivers.

The test proved that the cars could run the 2.5-mile oval, but an actual cup race was not a guarantee. The test made it seem more possible than ever before, and the timing was undeniably on NASCAR’s side as the sport was gaining popularity by the year in the ‘90s

When the 1994 race schedule was released, it included a brand-new 400-mile race at Indianapolis Motor Speedway.

The speedway had seats for a whopping quarter of a million fans, and every one of them was filled on August 6, 1994 for the inaugural Brickyard 400. The speedway might have allowed the stock cars, but it was under the stipulation that the name and distance of the race were different from the May spectacle.

A whopping 86 Cup teams attempted to qualify for the 43-car field and a piece of it’s massive purse. Among the drivers to make the show was Indy…