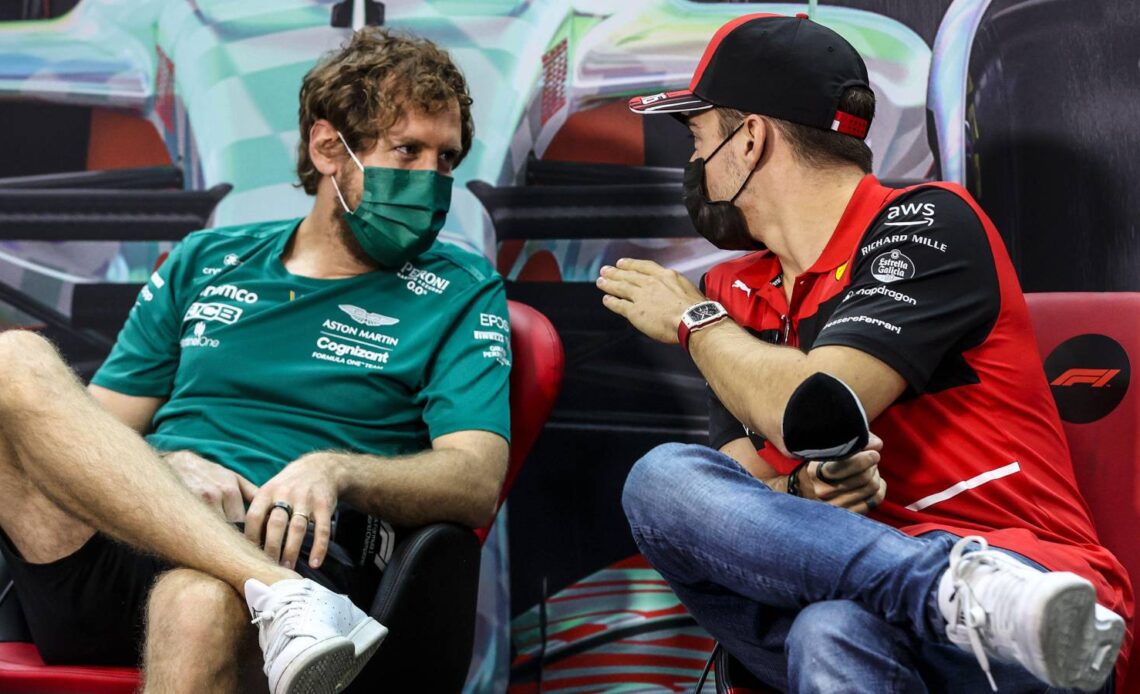 Charles Leclerc has revealed Sebastian Vettel messaged him after his crash knocked him out of the French Grand Prix.

The Ferrari man was leading the race until a mistake saw him hit the wall and unable to reverse the car out and back onto the track.

Leclerc looked a distraught man as he headed back to the paddock after yet another retirement from P1 but he has revealed he received a message from Vettel following it.

The two were team-mates at Ferrari for the 2019 and 2020 seasons and Leclerc said he was “probably very weird” when he first met the four-time World Champion, who announced his retirement from the sport on Thursday.

“Our relationship evolved throughout the years,” Leclerc told reporters in Budapest ahead of the Hungarian Grand Prix. “I arrived the first year and I was obviously super-impressed and I think I was probably very weird to him because I was shy and didn’t know what to say when I was with him.

“But now he’s a friend and he always texts me, like he did after Sunday, and always tried to make me feel better whenever I’m going through a tough time. So it’s nice to see how much we’ve grown since I first met him.”

In searching for an explanation as to how a highly skilled driver could make such a mistake, some suggested the changing winds may have affected Leclerc but he was not happy to accept that hypothesis.

“The real pressure I had before that, when Max [Verstappen] was really behind,” the 24-year old said.

“Then at that point Max had already moved to a non-optimal strategy. So I just had to push and focus on my own race, which I was doing.

“But then obviously when you are fighting with the limits, sometimes mistakes can happen. And I think this is a kind of mistake that I just went too far and that’s it.”

“I really hate to say ‘oh it’s the wind, oh it’s a bird’ or whatever. I think I’m driving the car ultimately and I did a mistake.

“Yes the conditions change a little bit every lap and that’s for everyone. It’s obviously more tricky whenever you are on the limit, but again, I think everybody’s on the limit.”

The Ferrari man is looking to bounce back this weekend at the Hungarian Grand Prix and despite being a track he has previously struggled at, Leclerc is taking confidence in his performances earlier this season.

“Paul Ricard and Budapest are two tracks where I struggled a bit more in the past, personally. But…