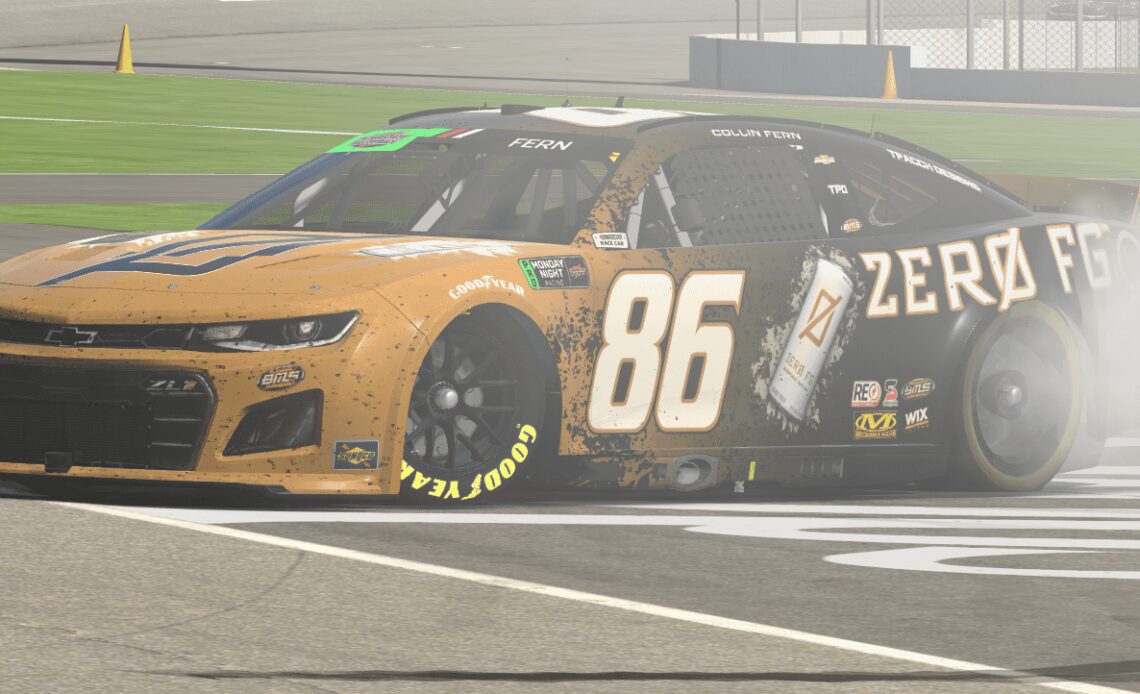 With this win, he clinched a spot in the Championship Four in walk-off fashion. He was more than 20 points out going into tonight’s event. After running mid-pack almost all race long, he was able to be in the right place at the right time to take the win.

The name of the game at this track is tire saving. The long runs in this race meant tire wear came into play, and taking care of them was arguably the most important aspect of the race.

One aspect we have not seen yet this season is a late caution, but everyone except for a few cars was running out of tires. Fern attempted to make it to the end on fuel, but a caution with two laps to go caused an overtime finish. Fern was able to get his last set of tires and drive by everyone to get the victory over Cabot.

Bickford, Presley Sorah, Alfredo and Fern will be the four drivers to race for the championship next week. The in person event will take place next Monday evening, August 29, at the Carolina eSports Hub.

The championship race will be at Homestead-Miami Speedway with the Camping World Trucks. Coverage begins at 8 p.m. ET on Twitch.tv/podiumesports.