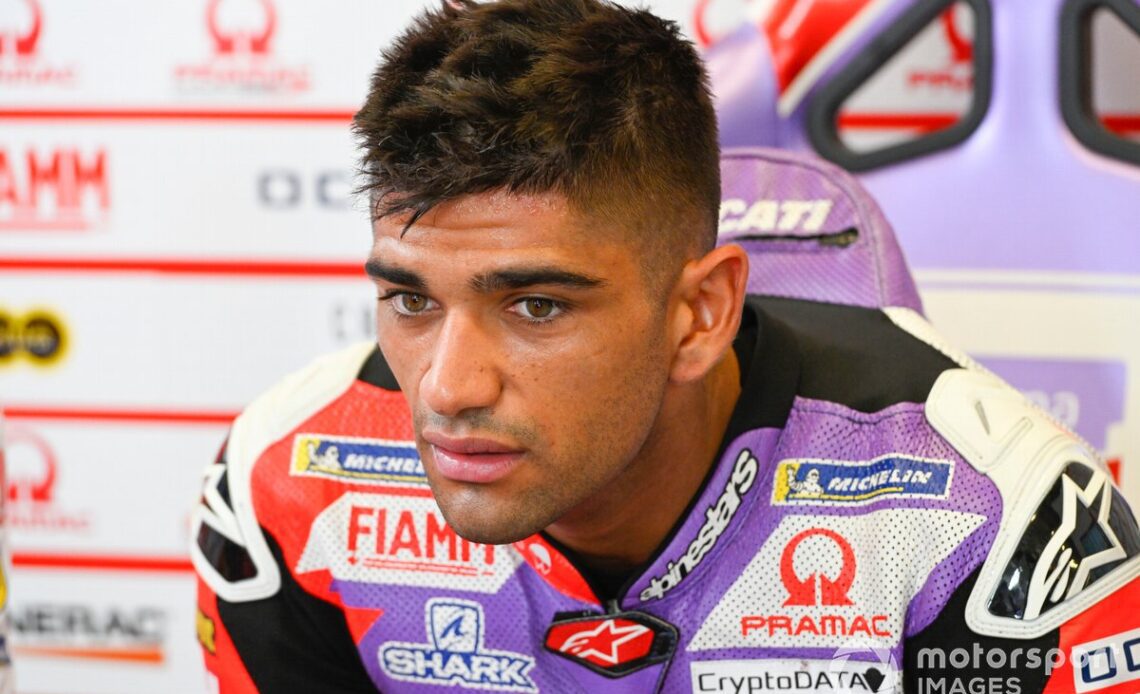 The satellite Ducati rider ran in the podium battle for much of Sunday’s Red Bull Ring race, at the scene of his first MotoGP win in last year’s Styrian GP, and was fighting with factory counterpart Miller over the final rostrum spot.

But Martin slid off at Turn 1 as he went for a move up the inside of the Australian, before remounting to finish down in 10th.

Speaking afterwards, Martin said “I couldn’t be there for another lap” in fourth and felt it was better to crash trying to gain a podium place than miss out.

“Maybe I was a bit too late,” Martin said of the overtake which ended any hope of a third podium finish of the season.

“I was overtaking, I tried to go to my normal line and I pushed Jack a little bit because I needed to and I crashed. So, yeah, I was on the limit but I had to try for the podium.

“I couldn’t be there for another lap and stay fourth. I prefer a crash than to be P4 again.

“So, I tried, and I’m happy with the performance. I did two fastest laps, and I was really constant also with the tyres.

“I did an amazing weekend overall, I was in the top four always in all the practices and this is a sign that we are getting faster and faster.”

Martin says he wasn’t affected by any change in front tyre pressure while following Miller, adding: “I don’t think so because we chose the hard front because everyone was with the soft, and with the hard front I was feeling confident and it wasn’t an issue.

“I thought it was difficult to first, so that’s why I decided to choose the hard just on the grid.”

Part of Martin’s leathers were seen to have come undone prior to the crash, but he didn’t know anything about this and isn’t sure it played any part in his crash.

“I don’t know, they just told me like it seemed like it was open,” he remarked. “I didn’t see the images.”