“It shows who he really is” 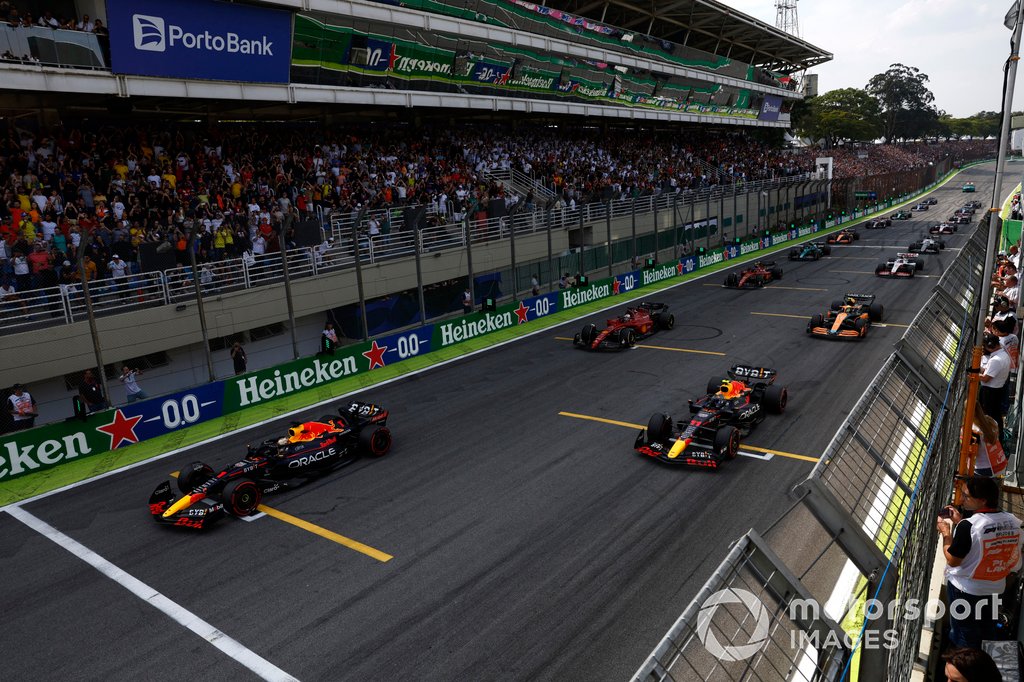 Verstappen overtook Perez for sixth place following the restart after a late safety car period, and was encouraged to go and overtake Fernando Alonso and Charles Leclerc ahead to take points off them.

Perez was informed by his engineer, Hugh Bird, that if Verstappen could not overtake Alonso in the closing stages, he would give him the position back to help the Mexican in his push for second place in the drivers’ standings.

Verstappen was instructed on multiple occasions by his race engineer, Gianpiero Lambiase, on the final lap to allow Perez to overtake him.

But Verstappen crossed the line 0.4 seconds behind Alonso and four seconds up the road from Perez, who was left to finish seventh.

Lambiase asked Verstappen after the chequered flag: “Max, what happened?”

The two-time world champion replied: “I told you already last time, you guys don’t ask that again to me, OK? Are we clear about that? I gave my reasons and I stand by it.”

With Leclerc finishing fourth for Ferrari, he now enters the Abu Dhabi season tied on points with Perez in the drivers’ championship in the fight for second place.

Upon crossing the line seventh behind Verstappen, Perez said on the radio: “It shows who he really is.”

Team principal Christian Horner could be heard apologising to Perez on the radio as well.

It is thought that some tension dates back to qualifying for the Monaco Grand Prix, where crash for Perez on his final lap in Q3 denied Verstappen a chance to beat his teammate to pole. Perez went on to score pole and win the race for Red Bull, while Verstappen could only finish third.

Verstappen: “I told you already last time, you guys don’t ask that again to me, OK? Are we clear about that? I gave my reasons and I stand by it.”

Perez: “Thank you for that guys. Thank you.”

Horner: “I’m sorry about that Checo.”

Perez: “It shows who he really is.”