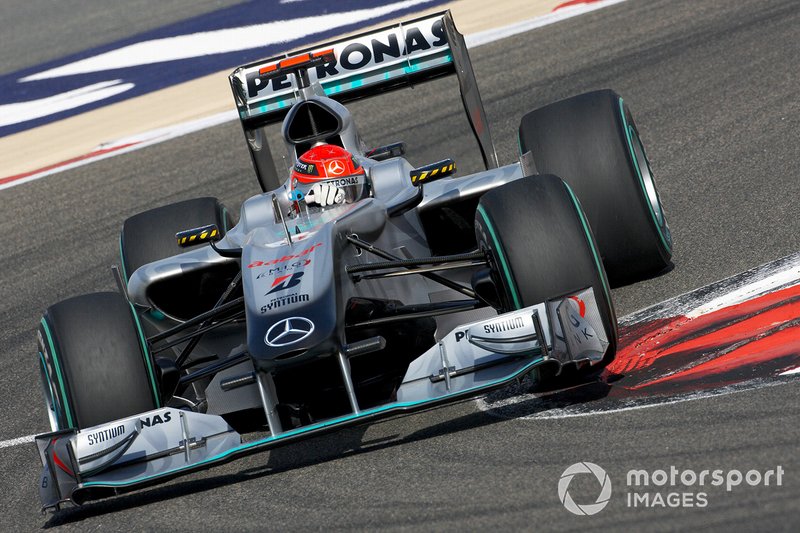 Haas is set to announce this week who will partner Kevin Magnussen at the team next year, with Nico Hulkenberg widely expected to get the seat.

It would leave Schumacher without a drive after two years in F1 with Haas as the rest of the grid has already been completed for 2023.

The German driver is also set to lose his ties with the Ferrari Driver Academy at the end of this year, opening the door for him to be available to other teams.

Asked about the possibility of Schumacher joining as a reserve driver in 2023, Mercedes team principal Toto Wolff said he would be interested in talks were the German to lose his seat.

“I don’t know what the status is with Mick at Haas,” said Wolff. “I think the most important thing for him is to get a racing cockpit.

“But I make no secret of the fact that the Schumacher family is part of Mercedes, that we value Mick very much as a personality and as a racing driver.

“That’s why we will definitely discuss this option if it arises. But the first priority has to be to end up in a racing cockpit, because that’s what he can do and deserves.”

Schumacher’s father, Michael, made his F1 comeback with Mercedes in 2010 and raced for three seasons before retiring for good at the end of the 2012 campaign.

Schumacher Sr also raced for Mercedes early in his career as part of its sportscar team in 1990 and ’91 prior to his F1 debut with Jordan at the 1991 Belgian Grand Prix.

Mercedes needs to sign a new reserve driver for next year as its existing back-ups, Nyck de Vries and Stoffel Vandoorne, have secured roles elsewhere. De Vries will race full-time with AlphaTauri from next season, while Vandoorne is joining Aston Martin as a reserve.

Haas handed Schumacher his F1 debut in 2021 following his Formula 2 title victory the previous year, but he struggled to match teammate Kevin Magnussen for form through this season.

Schumacher scored a best finish of sixth at the Austrian Grand Prix in July, but has only recorded two top-10 finishes during his time with Haas, both coming this year.