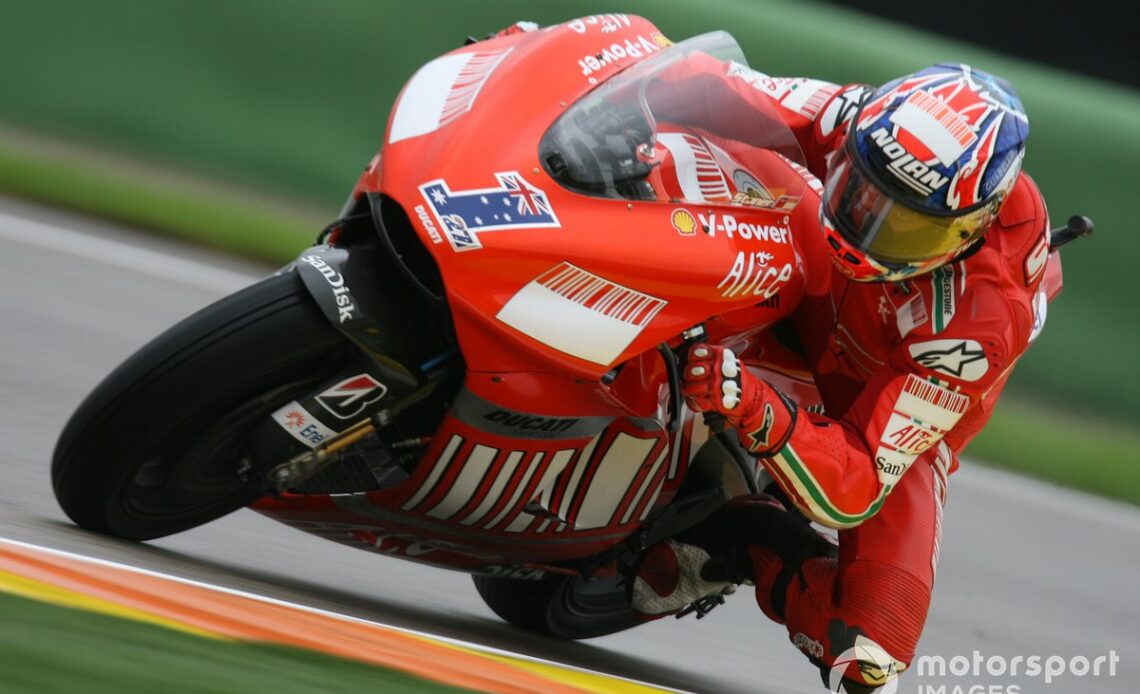 Bagnaia became the first Ducati rider in 15 years to win the world title last week in the 2022 season finale in Valencia, while becoming the first rider ever to have overturned a 91-point deficit and suffer five DNFs to be crowned champion.

No rider has used the #1 plate as defending champion since Casey Stoner in 2012 following his second title the year before with Honda.

Stoner also ran the #1 in 2008 after his 2007 championship win with Ducati, while only Jorge Lorenzo in 2011 following his first title win and Nicky Hayden in 2007 have joined the Australian in using the #1 plate in the modern MotoGP era.

PLUS: Why Bagnaia’s MotoGP triumph is as worthy as Stoner’s Ducati breakthrough

Bagnaia, who currently runs the #63 – but in his Moto2 and Moto3 days has used #42 and #21 – admits using the #1 plate is “something I have to think about” as it is an opportunity reserved for champions – but concedes it will come with a lot of pressure.

“I’m happy that I have this kind of problem, but sincerely it’s something I have to think about a lot because it’s true that not everybody can use the number one,” Bagnaia said in Valencia during the 2023 pre-season test after the race.

“But having the number one can put a lot of pressure on you.

“I’ve always been fascinated by riders with the number one.

“So, let’s see. It’s difficult to choose. For sure it’s a different think. I just hope I will have an opportunity in future years to not feel again what I felt on Sunday [in the Valencia finale], because it can be more dangerous.”

When asked if he felt like a world champion yet at that time, Bagnaia added: “No, sincerely no. But I said already that I will give one week to Ducati to let me do what they want and then I will turn off my phone to think and to relax.”

The last rider to have successfully defended the #1 plate in MotoGP was Mick Doohan in 1998, when he took the last of his five 500cc world titles.