Monaco Q3 crash was “not done on purpose” 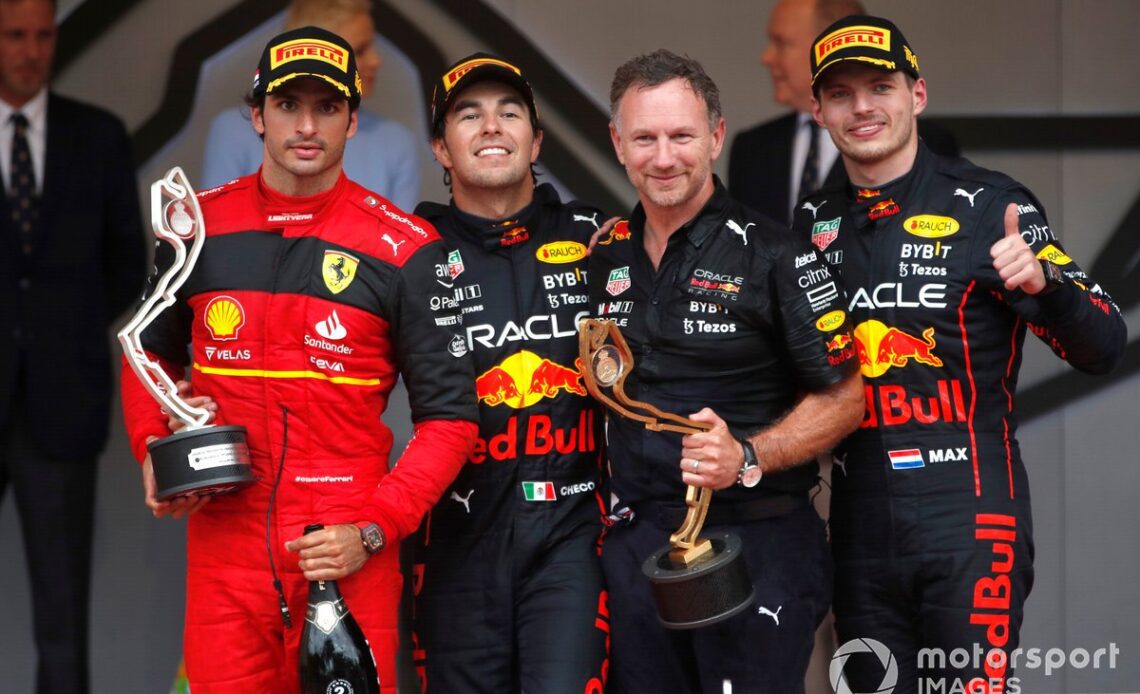 Perez spun rearwards at Portier in the closing minutes of the decisive qualifying session, striking the barrier, and was then hit hard by Carlos Sainz to bring out the red flags.

This curtailed the final laps of several drivers, including Perez’s team-mate Max Verstappen, who was chasing pole, and meant they started from third and fourth position respectively behind Ferrari pair Charles Leclerc and Sainz.

It’s been widely reported that Verstappen’s refusal to cede a place to Perez in last weekend’s Brazilian GP was a direct result of the Monaco incident and his ongoing frustration over a race which Perez went on to win.

However, following a meeting in the team’s hospitality unit just after the Interlagos race, both drivers and their team boss Christian Horner refused to discuss what was behind Verstappen’s actions, insisting that the team would now move on.

The speculation about the Monaco incident hasn’t gone away, and when asked outright in Abu Dhabi if he crashed deliberately Perez was adamant that he hadn’t.

“Everyone makes mistakes in Monaco,” he said. “And you can see – I mean, these days you have all the information, and you can go and see it already. I nearly crashed into Turn 1.

“Everyone makes mistakes in Monaco in general places in qualifying. And it’s not like it was done on purpose.”

He added: “I mean, I’m chasing the lap time in Monaco. You can review the whole lap, you can already see that I nearly crashed in Turn 1, I’m just giving it everything, it’s the last run of Q3. And yeah, people just make mistakes.

Perez went on to win in Monaco, with Verstappen finishing third

“And that’s really it when you’re chasing the lap time. But you can already see that from Turn 1, I was playing with the throttle, because it was where I was losing the lap time. And you can see already into Turn 1 that I nearly lost it already.”

Asked by Autosport if Verstappen believed that he crashed deliberately, Perez said: “We have discussed what happened in Sao Paulo internally.

“And we have agreed that in the benefit of the team, this should remain internal, what we discussed, within the team. And it’s best, so we don’t open any speculation and we are able to move on.

“And we are able to be the team we used to be, united and strong. And that’s the priority of the team, we want to put all of this behind us and then just move forwards.”