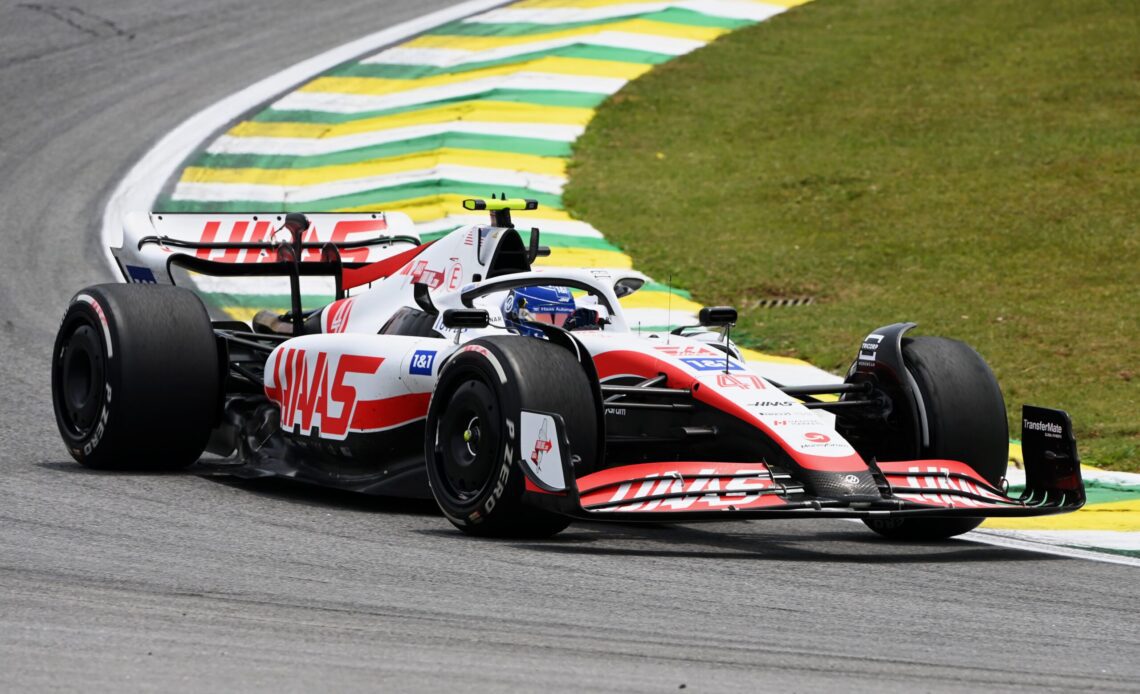 Mick Schumacher will not compete for Haas F1 Team in the 2023 Formula 1 season, the team announced Nov. 17.

Schumacher’s been with Haas the past two seasons and earned two top 10s this year. His best result was a sixth place at the Austrian Grand Prix.

Hulkenberg, meanwhile, filled in for Sebastian Vettel in the first two races of 2022 at Bahrain and Saudi Arabia. He served as Aston Martin’s reserve driver the last two years.

“I’m naturally very pleased to be welcoming Nico Hülkenberg back to a full-time racing role in Formula 1,” Guenther Steiner, Team Principal of Haas, said in a release.

“The experience and knowledge base Nico brings to the team is clear to see – with nearly 200 career starts in Formula 1 – and a reputation as being a great qualifier and a solid, reliable racer. These are attributes, which when you pair them together with Kevin Magnussen’s experience, gives us a very credible and well-seasoned driver line-up which we believe will help push the team onwards up the grid.

“That’s obviously the goal and it was that ambition that has prompted Nico’s return to Formula 1 – he shares our vision and can be a key player together with the rest of the team in building on the foundations we’ve laid this year with our return to the points battle.”

Schumacher is currently ranked 16th in the drivers’ standings.

Hulkenberg also won the 24 Hours of Le Mans in 2015 for Porsche Team.