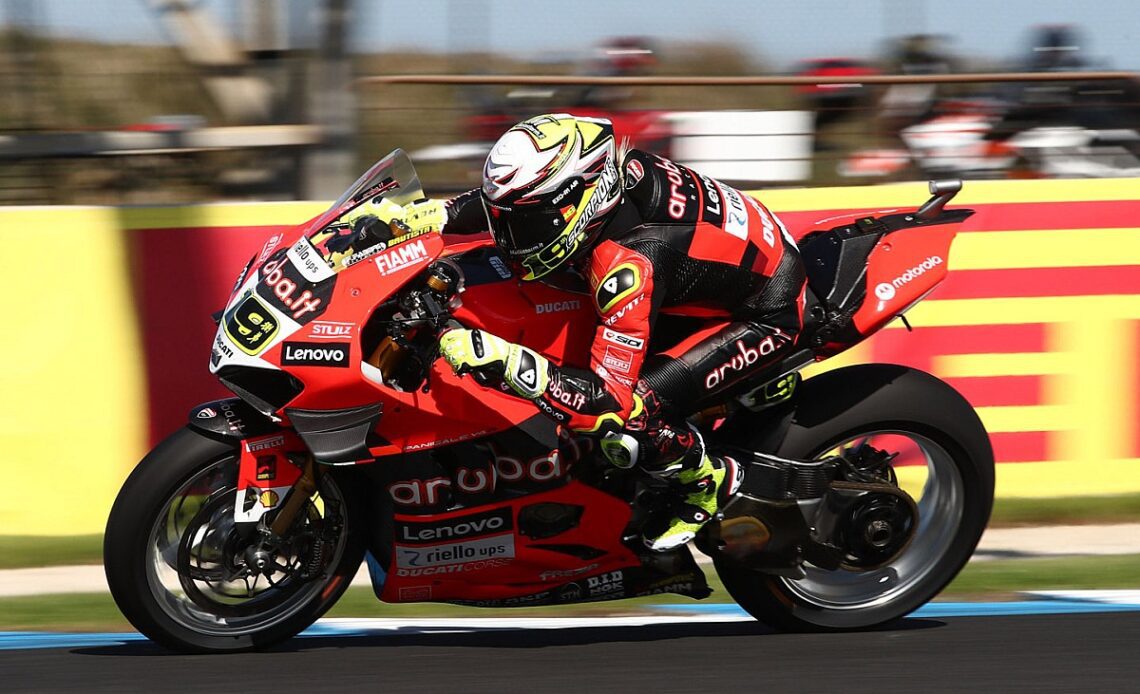 Ducati rider Bautista, who wrapped up his first WSBK title with a round to spare last time out in Indonesia, was the only rider to break the 90-second barrier at the Australian track as he topped the timesheets on a 1m29.815s.

That was enough to edge out the Kawasaki of Rea by a little over two tenths of a second, ending a pole drought dating back to June’s Misano round.

After rain hit the circuit ahead of Saturday morning’s third practice session, the track had dried out in time for the 15-minute Superpole session, with the times in the opening runs immediately bettering those set on Friday.

Bautista topped the opening runs as he set the initial pace with a 1m30.304s, with Rea his nearest rival.

The six-time champion briefly took over at the top as he began his second run with a 1m30.026s, but that was soon beaten by Bautista’s best lap, and the arrival of spots of rain in the closing minutes of the session appeared to hamper Rea’s efforts to go even faster.

Alex Lowes was third-fastest on the second Kawasaki around the track where he scored what remains his first and only win with the team on WSBK’s last visit to Australia in early 2020, just 0.027s shy of Rea.

Toprak Razgatlioglu never looked like a genuine pole threat on the Yamaha and had to settle for fourth place, four tenths off the pace, ahead of teammate Andrea Locatelli and the satellite GRT bike of Garrett Gerloff.

Honda pair Xavi Vierge and Tetsuta Nagashima – standing in for the injured Iker Lecuona – completed the top 10, with the Japanese rider suffering a late fall at the newly-renamed Miller corner (Turn 4).