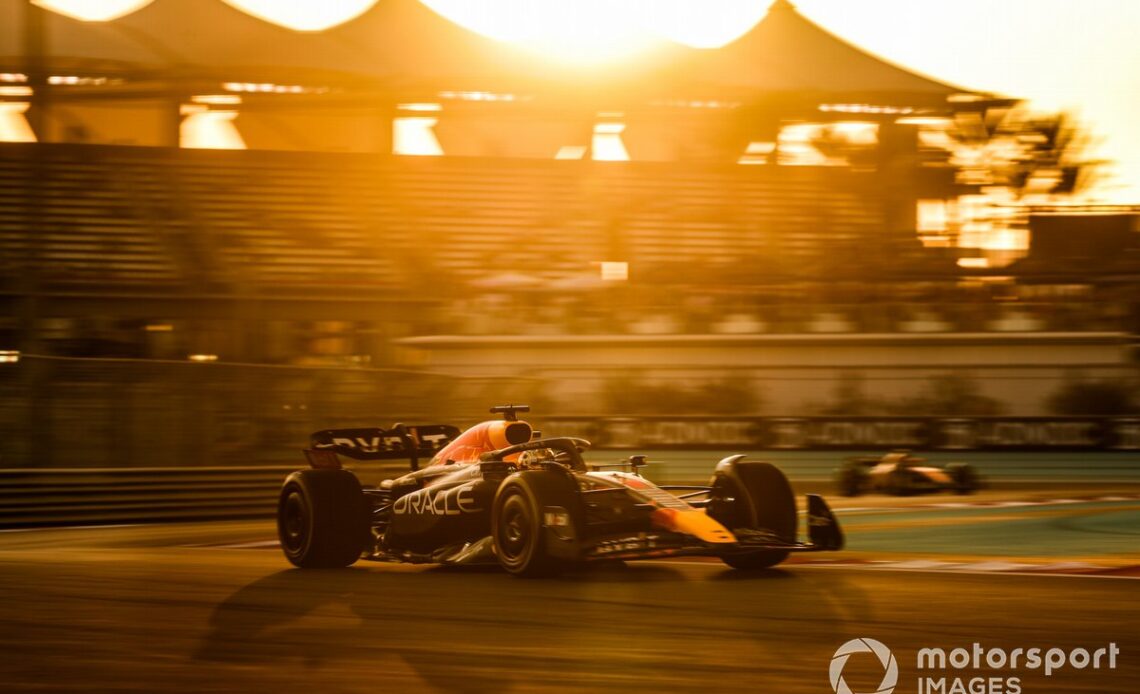 Max Verstappen might have lost his chance to end the 2022 Formula 1 season with a string of five successive victories last time out in Brazil, but he appeared to be in ominous form in Abu Dhabi practice, despite missing FP1.

The now two-time champion was one of eight 2022 regulars to make way for a mix of rookie and reserve drivers, although he soon led FP2, the only practice session that really matters at this event due to its similar twilight conditions to qualifying and the race.

Verstappen topping the times despite having less track time than his rivals is nothing new, the campaign has notably featured the champion rocketing to top spot even with his first lap coming after a belated start to FP1. However, it was the laps logged by those behind that are most interesting for the season’s remaining storylines.

Topping the bill in Abu Dhabi will be Sergio Perez’s attempt to beat Charles Leclerc to second behind Verstappen in the championship. This scrap is turbocharged by Verstappen’s refusal to comply with team orders in Brazil, which would’ve helped Perez.

Although Leclerc was typically rapid in the qualifying simulation laps that decided the order in FP2 on Friday evening, and Perez ended up a big chunk back from pacesetter Verstappen, the long-run pace logged was poor from Ferrari. Mercedes is also very much in the mix in its more audacious bid to beat Ferrari to second in the constructors’ standings.

Verstappen looked on top form for Red Bull, with a fight behind him set to take focus

The story of the day

A week on from ending a 21-grand prix win drought with George Russell’s triumph in Brazil, Mercedes led the way in FP1. Under a blazing sun at 2pm local time, the weekend’s opening F1 session got underway, with seven young drivers taking part as several squads completed their requirement to run rookie drivers in two practices – one in each of a team’s cars. At Alfa Romeo, former F1 regular Robert Kubica ran in place of Zhou Guanyu.

The pack initially worked up to speed on the C4 (medium) and C3 (hard) compounds, before Leclerc and Perez traded times at the front after they finally ran the softs for the first time around the one-hour session’s halfway point. Verstappen sat out FP1 for Red Bull, with Formula 2 race winner Liam Lawson taking his place.

Mercedes left Hamilton and Russell on the harder compounds for much longer, only switching to the softs with 15 minutes of FP1…