Perez quickest from Verstappen in FP3 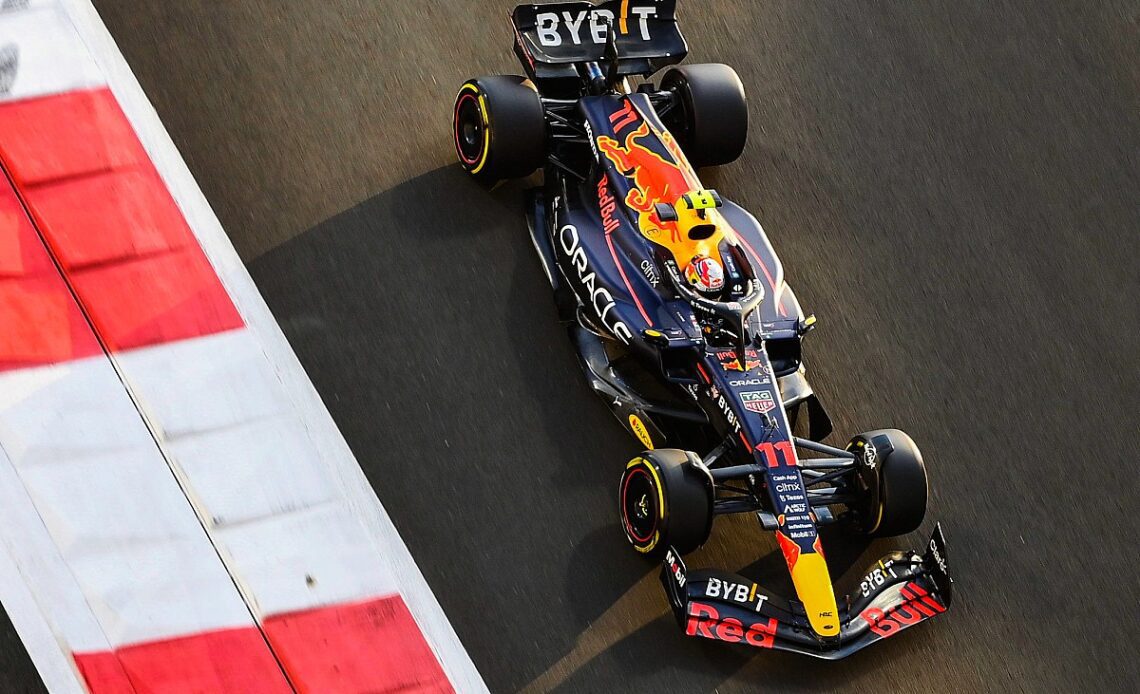 Aston Martin duo Sebastian Vettel and Lance Stroll opened the final practice session of 2022 on a toasty Yas Marina Circuit, with conditions not entirely representative of this afternoon’s qualifying session held at dusk.

That contributed to a quiet opening period, with Ferrari the only frontrunning team keen to accrue mileage, Charles Leclerc leading early on with a modest 1m27.314s on medium tyres, taking six tenths out of Carlos Sainz’s first benchmark.

Mercedes joined the fray just before the 10-minute mark. F1’s latest grand prix winner George Russell went straight to the top courtesy of a 1m26.530s, only for Hamilton to leapfrog him with a 1m26.040s, both using Pirelli’s softest compound.

As the midfield teams made inroads on the fastest times Alpine’s Fernando Alonso and Esteban Ocon entered the top four, splitting Hamilton and Russell, while Leclerc came to within half a tenth of Hamilton’s leading time.

Ocon briefly came to a stop at Turn 14 after 25 minutes, causing a yellow flag, but the Frenchman managed to get going again.

Red Bull joined the party fashionably late, with world champion Verstappen the last man to turn a wheel. As he stayed in the garage for the first half of the session, teammate Perez went top with a 1m25.861s on mediums.

The session was red-flagged just before the halfway mark for debris shed by Pierre Gasly, whose puncture tore off a piece of his AlphaTauri’s right-front wheelbrow when he ran over the Turn 9 exit kerbs.

Under the red flag, Hamilton overtook both McLaren’s Lando Norris and Haas’ Kevin Magnussen, an incident which will be looked into by the FIA stewards.

When the track went green again, Verstappen finally set a lap on softs, taking third two tenths shy of Perez, while Hamilton jumped the Mexican with a 1m25.824s on softs.

Heading into the final 20 minutes, Williams’ Alex Albon briefly took fourth, indicating just how much lap time the quicker teams were yet to find.

Russell went top with a 1m25.395s as all teams now took on softs, but he was quickly demoted by both Perez and Hamilton, while Norris and McLaren teammate Daniel Ricciardo joined Verstappen in the top six.

Perez’s 1m24.982s would turn out to be the fastest time of the session.

Verstappen set a purple first sector on his next attempt, but slotted in behind Perez in second, followed by Hamilton,…