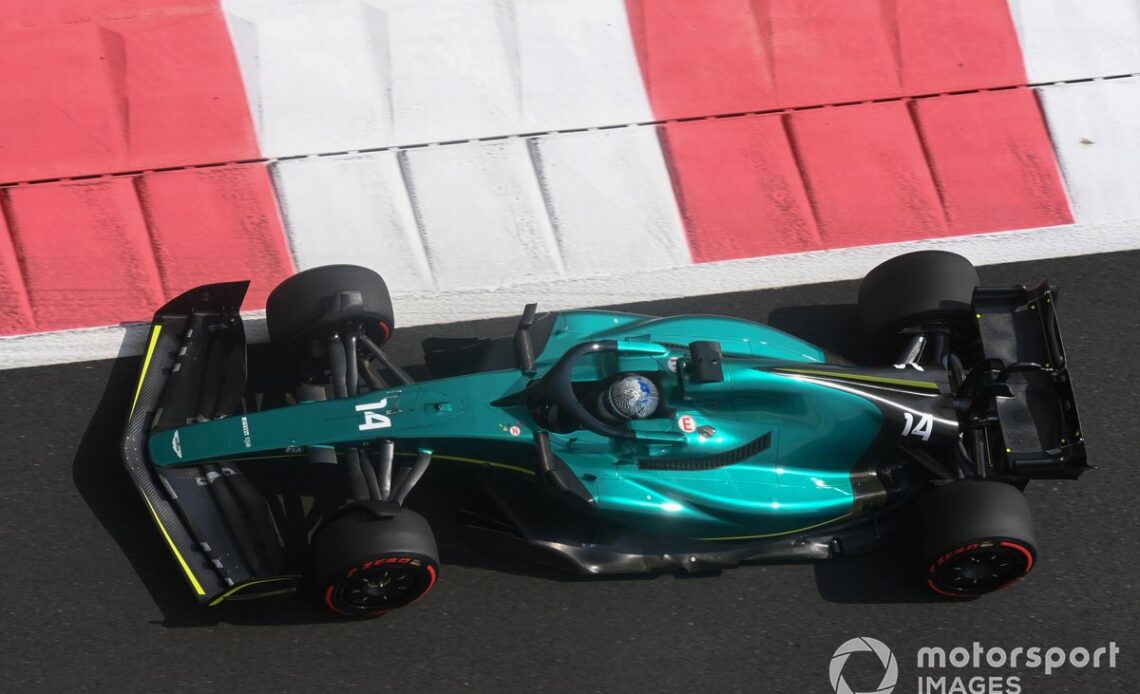 Following Sunday’s season finale, all 10 teams stayed on at the Yas Marina Circuit for Tuesday’s nine-hour test day that saw them field two cars each, using one for young drivers and one to help Pirelli with 2023 tyre testing.

After seeing teammate Charles Leclerc set the fastest time in the first half of the day, Sainz took over in his Ferrari F1-75 with around four hours remaining.

When Sainz set his quick lap with a couple of hours remaining, Ferrari had been on course for a 1-2-3 as its young driver, Robert Shwartzman, sat third after a full day of running.

Some improvements meant that Shwartzman was shuffled back to sixth place, only for the Ferrari test driver to set a new personal best with 23 minutes left in the day to regain third and finish just 0.017s off Leclerc’s lap.

Pierre Gasly ended the day fourth as he made his debut for Alpine, setting his best lap time in the final 10 minutes of running. The Frenchman was followed by former Red Bull teammate Max Verstappen, who wound up fifth after taking over in the afternoon at Red Bull from Sergio Perez, who finished 13th overall.

A number of drivers got to work with their new teams ahead of 2023 including Fernando Alonso and Oscar Piastri, who made highly-anticipated debuts for Aston Martin and McLaren respectively.

Alonso sat third halfway through the day and eventually finished 10th fastest, completing 97 laps before handing over to Lance Stroll.

Piastri’s McLaren debut did not go entirely to plan as a power unit protection trigger was set off, meaning the car had to be stopped on track in the third hour. But the Australian eventually got back out and completed more than two race distances in the MCL36.

Nico Hulkenberg was another driver to hit trouble when a technical issue caused his Haas VF-22 car to stop in the second sector in the second hour. Once his car was recovered, the team managed to resolve the problem and get him back out, allowing him to fall just shy of two race distances.

Nyck de Vries finished eighth in his first outing for AlphaTauri, completing the most mileage of…