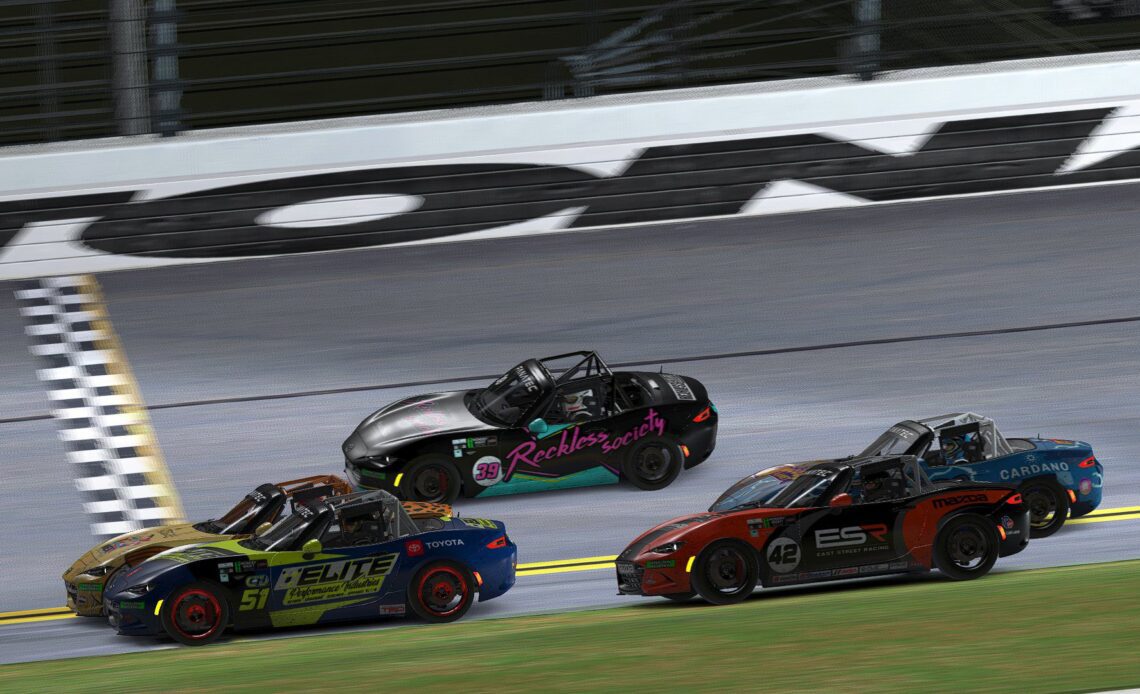 Check out the race recap from Frontstretch’s Joy Tomlinson here. Also, you can view the full race broadcast, along with the Frontstretch post-race show featuring Brandon Hauff and Michael Massie, on the Frontstretch YouTube page or the Podium eSports Twitch channel.  Here are five takeaways from Monday’s action:

Meet the 3rd driver to enter the Round of 12, Corey Heim

1. Corey Heim Gets in Front of the Havoc

Heim’s win was the exclamation point on an eventful night of racing. The combination of the lower horsepower Mazda MX-5 sports cars on the technical, winding Daytona road course led to a race that featured both the precision of road courses and the pack racing and drafting of superspeedways. The juggling of both styles resulted in 10 different leaders, numerous lead changes and comers and goers throughout the 80-minute race.

Heim’s journey through the field perfectly embodied the complexion of the race. After starting out as one of the frontrunners, Heim got involved in an accident in turn 1 about 20 minutes into the race. Just a couple of minutes later, Heim played a minor role in another accident off of NASCAR turn 4.

It looked as though Heim’s chances at winning were shot, but he drove clean the rest of the way and capitalized on the mistakes of others. He eventually drafted his way past Joey Padgett to the lead on the final lap while holding off a pack through the tri-oval to win and clinch his spot in the Monday Night Racing playoffs.

The win is Heim’s third career Monday Night Racing victory, to go along with two checkered flags in NASCAR Xfinity Series cars at Legacy Texas Motor Speedway and Charlotte Motor Speedway. In his interview on the post-race show with Hauff and Massie, Heim was asked how this win compared to his two from last season.

“It’s kind of apples to oranges,” Heim said. “Those are completely different races and strategies where you are trying to save tires. Rather…