The Vauxhall Lotus double act that spawned a 30-year friendship 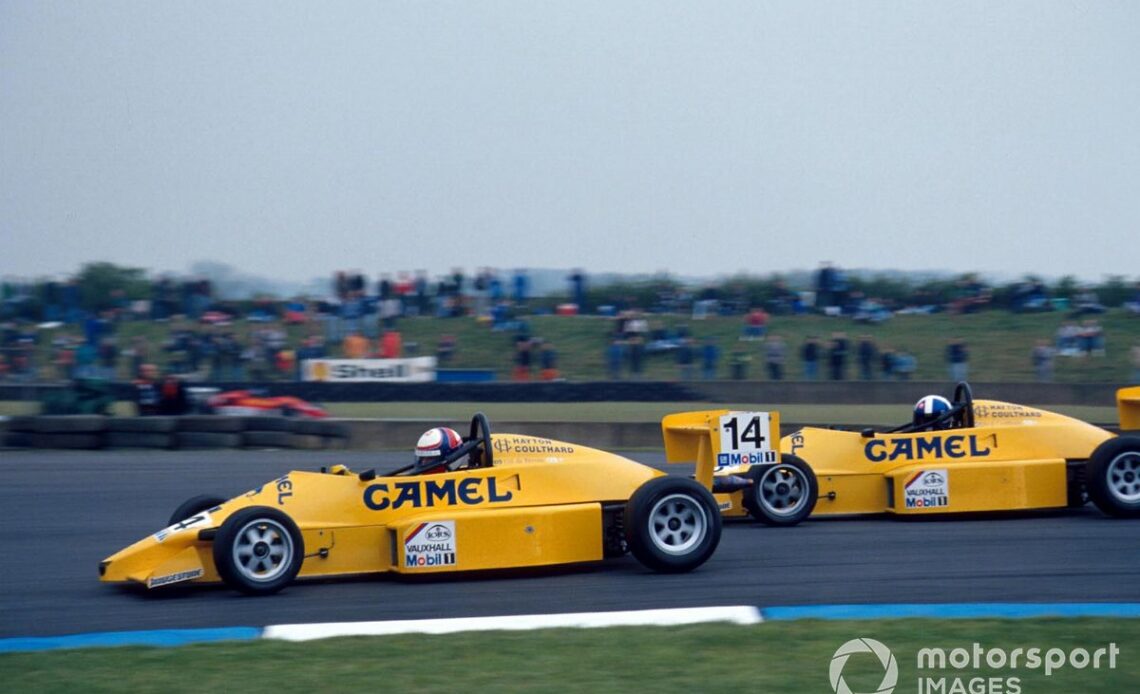 Three front runners emerge when Autosport asks two-time CART Indycar champion Gil de Ferran for his favourite team-mate, before the 2003 Indianapolis 500 winner selects a driver he spent but one season racing alongside back in 1990.

Their careers might have gone in different directions, but de Ferran and David Coulthard have been firm friends ever since they drove together at Paul Stewart Racing in Formula Vauxhall Lotus, and even went on holiday together last year.

De Ferran had arrived at PSR after an impressive 1989 season in Formula Ford with the works Fulmar Reynard team, while the less experienced Coulthard had won the P&O Ferries FF1600 Junior title in his first season of car racing and earned the inaugural McLaren Autosport BRDC Award.

Aged 22 (De Ferran) and 19 (Coulthard) respectively, the pair got along famously and often shared accommodation at races. De Ferran ended the 1990 campaign second in the British championship, won by Vincenzo Sospiri for David Sears Motorsport (Coulthard was fourth), and third in the Opel Lotus Euroseries using the same cars – although unlike fifth-placed Coulthard (injured in a leg-breaking crash at Spa) he didn’t win a race.

“I had a tremendous amount of respect for him, we liked each other as people and to this day we have a very close and friendly relationship,” de Ferran says of Coulthard, who racked up 246 grand prix starts in a 15-year Formula 1 career that yielded 13 wins. “It’s no surprise to me that David achieved what he has, a tremendous amount.

“It goes beyond what happened on the racetrack in 1990. It’s because to this day we’re great friends and that must mean something.”

Things didn’t get off on a brilliant footting however. As Coulthard recounted in his autobiography, in the first continental Opel Lotus Euroseries round at Zolder – which didn’t count for points – “I ran into the back of him, cut his tyres and the resulting puncture retired him from the race. Meanwhile, my car was relatively untouched and I went on to finish on the podium. I remember him hanging over the pitwall giving me the wanker sign and the V’s, he was so angry. We had to share a car all the way back home to Milton Keynes, and he didn’t utter a single word to me for the entire journey!”

De Ferran confirms: “At the end of the first lap I was ahead of him,…