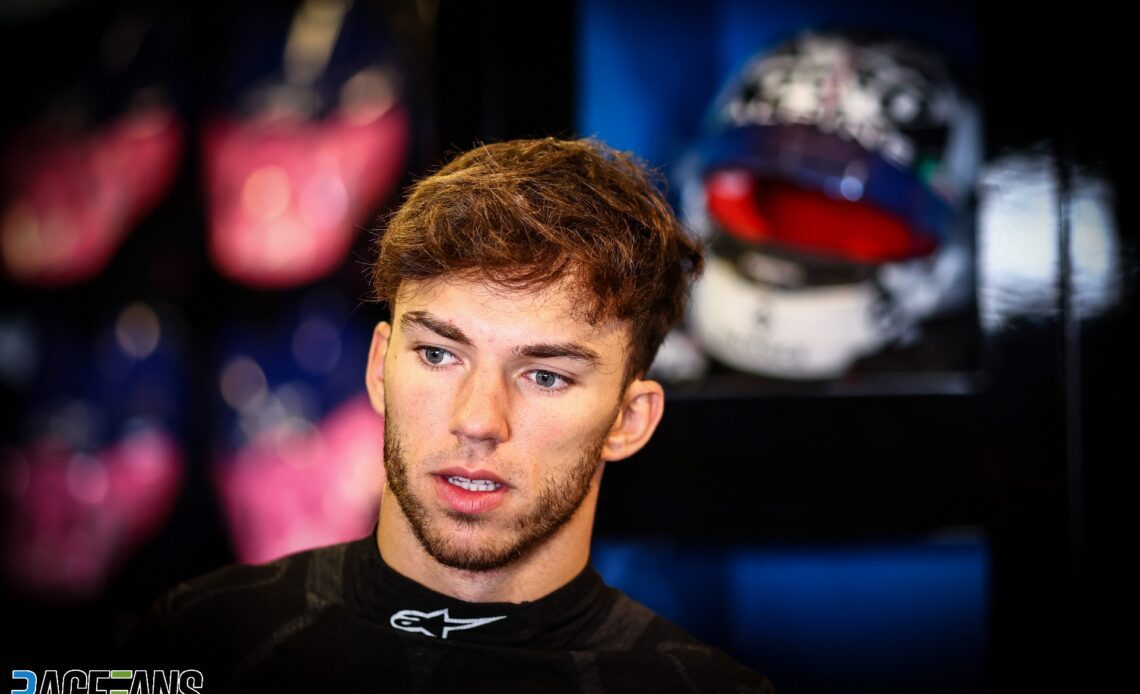 Gasly sits on 10 penalty points – two away from a one-race ban. He will not have any points removed until the end of the Emilia-Romagna Grand Prix in May.

When the system was first introduced in 2014, there were 19 rounds in a season. Next year will likely see 23 Grand Prix and six sprint races, for a total of 29 racing sessions. Gasly believes the super licence rules must be amended to compensate.

“I try not to think because I see myself as not a silly driver or a dangerous driver,” Gasly said. “I try to be careful with all the, let’s say, silly penalty points which you lose with procedures and stuff like that. So I try to be on top of that.

“I think my approach to racing has been the same and I really hope we can have a review of the old system over winter, because I don’t believe I’m not going to be the only one in trouble if we keep it that way. And it will be a shame to see four or five racing drivers banned for a race and having a championship with some guys missing out on a race.”

Ricciardo ‘would have been better off staying at Red Bull’ – Verstappen

Daniel Ricciardo’s former Red Bull teammate Max Verstappen believes that Ricciardo would have had more success if he had remained at Red Bull rather than departing the team for Renault and McLaren.

Ricciardo has returned to Red Bull as a third driver for 2023 after he was released from his three-year contract with McLaren a year early. Asked by Formule 1 magazine whether Ricciardo made the wrong career choices despite his driving abilities, Verstappen said that “in retrospect you cannot ignore that”.

“It would have been better for Daniel if he had stayed with Red Bull longer at the time,” Verstappen said.

German outfit PHM Racing will take over Charouz’s entries into the Formula 2 and FIA Formula 3 championships next season.

The Charouz team will operate the team’s programme in F2 and F3 in 2023 but will be retitled ‘PHM Racing by Charouz’. PHM – founded by Paul H. Mueller, has competed in…